Your Favorite 405 Street Outlaws Testing On A No Prep Surface! 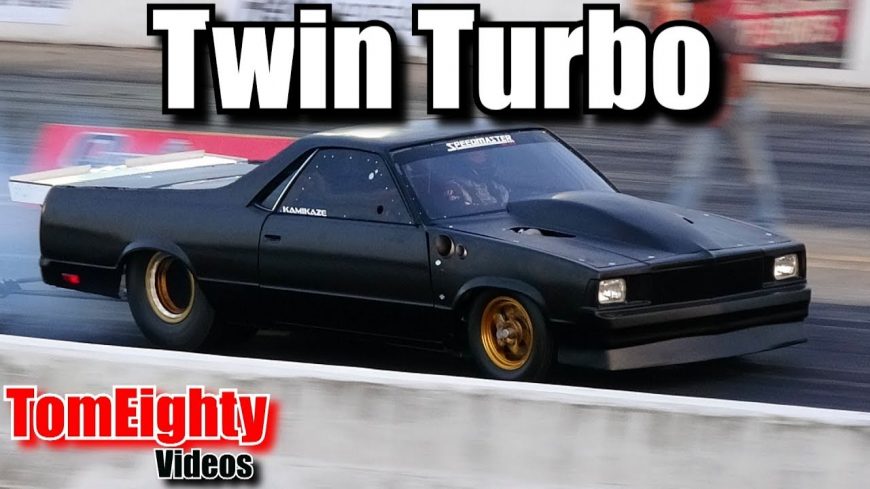 Outlaw Armageddon is a yearly race that Marc Sorenson aka “Big Marc”, and Track manager Nick Duty throw together every year, all the local 405 racers show up, and some out of state competition comes in to make things interesting. With over $90,000 on the line for big tire competitors in 2 different classes, it’s no secret why these guys show up!

Last night the guys made their first test hits, which included the debut of Kamikaze Chris’ new setup on the El Camino. A twin turbo big block setup which makes a considerable amount more power than the old nitrous setup. We asked Chris what took him so long since PRI where he initially unveiled the car with twins on it, and he said he rebuilt it 3 or 4 times before he got it how he wanted. This monster didn’t disappoint either!

Next up we see Big Chief in his Pontiac powered GTO known as “The Judge” with twins bolted to it. The first pass wasn’t as good as he would have liked, as it rocketed out of the hole, and then knocked the tires off.

Then we get to the good part. The OG Murder Nova came back! Who was driving though? Well, we already know the answer is Phantom, their media guy/producer of the podcast that ended, and their occasional FB live vids. The OG is out this weekend on a 28×10.5 tire, with Phantom driving. The first pass turned into a burnout, but he got to drive the OG Murder Nova. How many people can say that?

Next up is Shawn in his twin turbo, small block powered Murder Nova, and this one didn’t Disappoint! about 500 feet into the run he let out, but he had that car FLYING! Absolute solid pass for Shawn.

Following Shawn is Ryan Martin in the Fireball Camaro. With nice A-B pass from Ryan, he looks to be a strong contender this weekend.

Up comes Daddy Dave, with his Procharged Monster! The pro-line racing power plant is LOUD! Dave goes straight down through there, with a soft, but fast pass! Can’t wait to see what happens when he turns it up and makes a hard run!

« How NASCAR’s “SAFER” Barrier is Engineered to Reduce Impact Severity