For those who have been following along with the B is for Build YouTube channel, they ...

For those who have been following along with the B is for Build YouTube channel, they have likely noticed that the channel has grabbed hold of a pretty neat project. It all starts with a 2015 Ford Mustang GT that has been stripped down and combined with the body of a 67 Fastback. The whole concept of the build was to combine the modern tech with the old school look. Top it all off with a dose of Eleanor replica from Gone in 60 Seconds and the build will be complete… or so they thought.

As it turns out, the woman in possession of the copyright and trademark from the original Eleanor didn’t approve. The ownership of the nameplate goes all the way back to 1974. In the original Gone in 60 Seconds, the Mustang donning the same name but holding nothing in common with the 2000s version set the standard. The car was a relatively stock appearing 1971 Ford Mustang clad in a sort of yellow.

So what is the argument?

Apparently, the widow of the creator of the original film now holds the trademark. The creator, H.B. Halicki, had died in an accident while filming the 1989 sequel that would never make it to the screen. Since then, it seems like she has been rather liberal in enforcing the trademark. In the most famous instance, she went after Carroll Shelby who built the 2000s Eleanor that most of us are familiar with.

According to The Drive, Shelby tried to copyright and license customer builds of this version of the car. However, the court would rule that Halicki basically owns any Mustang named Eleanor or anything named Eleanor that is tied to the Gone in 60 Seconds Franchise. In a quote that we couldn’t help but find bold, her lawyer even claimed “It doesn’t matter if it was a bus called Eleanor,”  instead “The magic was the name, and that was the thing [Shelby] tried to get.”

In a silver lining for the channel, it seems like the trending topic might just help them grow a bit. Their most recent video talking about the topic (seen below) has hit the trending tab. It wouldn’t shock us if their stats see a decent spike when all is said and done and the community gets a hold of the story. 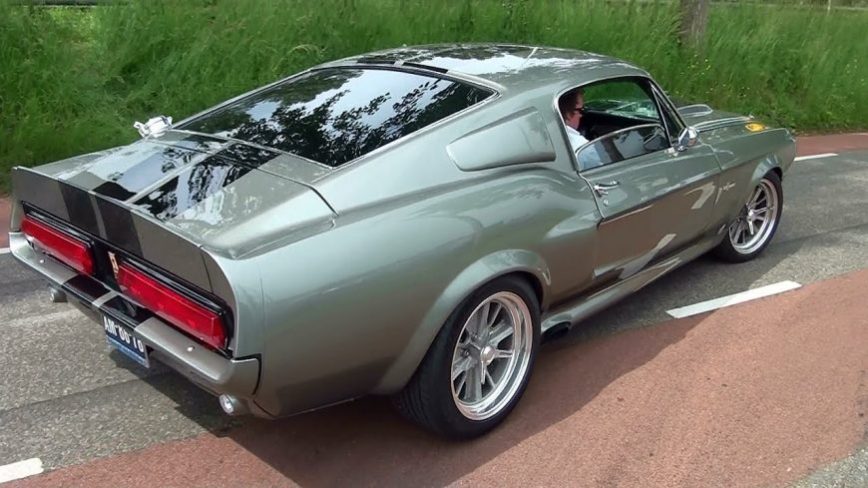