YouTuber Got Sick of Waiting, Built His Own Tesla Cyberquad 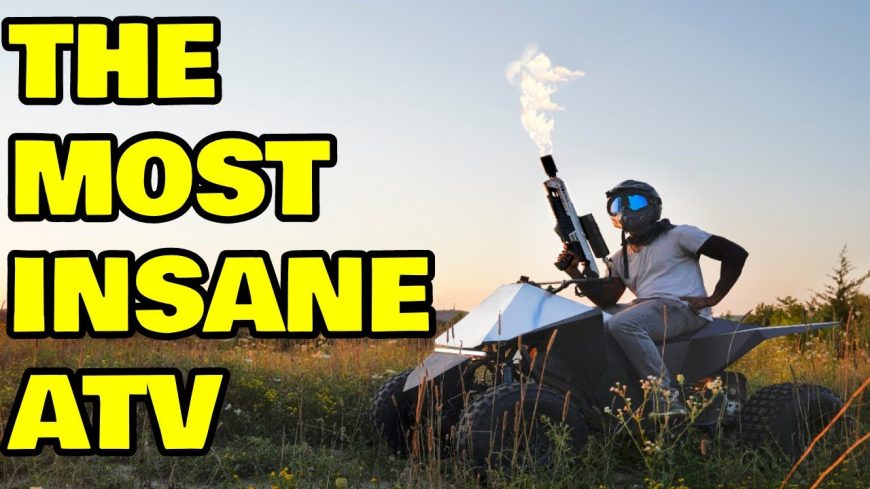 A couple of months ago, Tesla really shook up the world of automobiles. Some might be a little bit confused because the brand is constantly shaking up what we thought we knew about driving. However, one announcement in particular really caught everybody off guard. We’re speaking, this time, about the Tesla Cybertruck announcement.

The unveiling of the truck looked a little bit more like science fiction than it did real life. As such, the bold and aggressive nature of the truck really stood to send the brand into a whole new level of viral marketing.

The presentation would show a lot of new technology that Tesla was bringing to the table. In addition to the bold design, the truck is going to be chock-full of features. That’s not why we’re here but if you want to check out this set of features, they can be found by clicking here.

One of the features that went under the radar was the announcement that the brand would also be creating its very own ATV. It was a kind of an obscure unveiling because we didn’t really learn that much about it. In fact, presenter, Elon Musk kind of just mentioned the Cyberquad in passing without dropping any sort of details or expectations. I guess that we all would be left to infer that it might be an accessory or option with the upcoming Cybertruck.

As one of the most prominent figures in the Tesla community, Rich Rebuilds decided that he didn’t exactly want to wait to see what the ATV was going to turn out to be. Instead, he decided to take his very own ideas about what the Cyberquad would become and create them himself. Known as the “Rogue Tesla Mechanic,” Rich has really shown us that he knows these cars inside and out. He might even be one of the best to potentially show off what Tesla might be thinking before they unveil it for themselves.

By following along with the video below, we get to check in with Rich and his journey that takes us from an idea to a finished product. Not only did he imagine what the Cyberquad would become but he created his very own DIY version.

« How to Save $1 Million on a Bugatti Veyron