Over the past couple of months, many of us have become familiar with ...

Over the past couple of months, many of us have become familiar with the WhistlinDiesel YouTube channel. The channel has built a reputation through destruction. This isn’t just any destruction, though. Instead, the man behind the mayhem seems to have taken some sought-after trucks and really given them a beating.

The subject matter would really seem to polarize the audience. Half of the people watching find it highly entertaining and the other seems to get irritated. Who would’ve ever thought that a bunch of people would get upset about watching trucks destroyed even though they didn’t own them? I guess that when one destroys a $100,000 truck, which was the last subject of discussion on the channel, people will voice their opinions.

This time, for those who have been following along, we have spotted something that made us cringe a touch. Knowing that these guys are usually looking for things to destroy, spotting a pretty clean 1957 GMC pickup had us making some assumptions. As we tuned in to see exactly what was going to happen to the truck, we were left with more questions than answers.

In this one, we watch as WD takes possession of a new machine. However, it seems as if our host is a little bit confused as to what’s going to happen with this truck. It seems that the original plan was to buy it and put it through the regular destruction. Hey, if the model ain’t broke, don’t fix it. Right?

However, after lifting it and putting an expensive set of wheels on it, that might not be the game plan anymore. It seems like the man behind the destruction might’ve just fallen in love. I mean, it is a pretty attractive ride.

By following along with the video below, we get a unique take on a 1957 GMC. It’s going be interesting to see how this truck’s journey unfolds. As of now, we have been met with the ultimate cliffhanger. 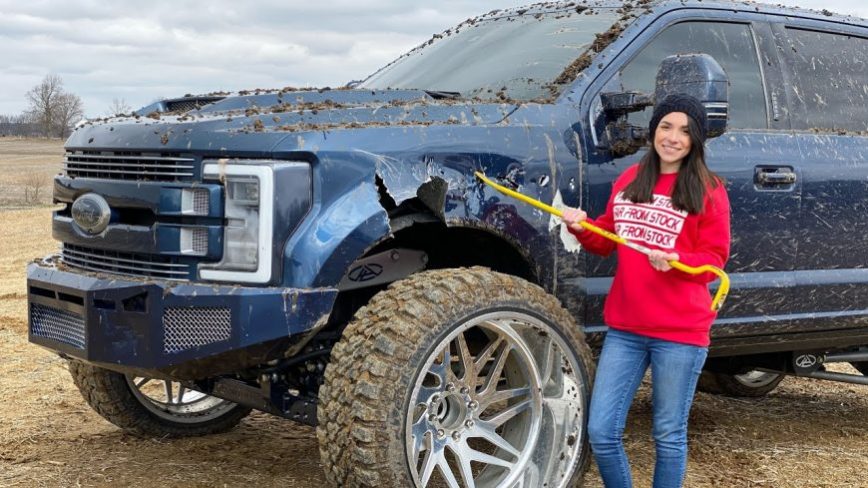