YouTube’s Most Destructive Creator Modifies Audi R8 With a Hammer 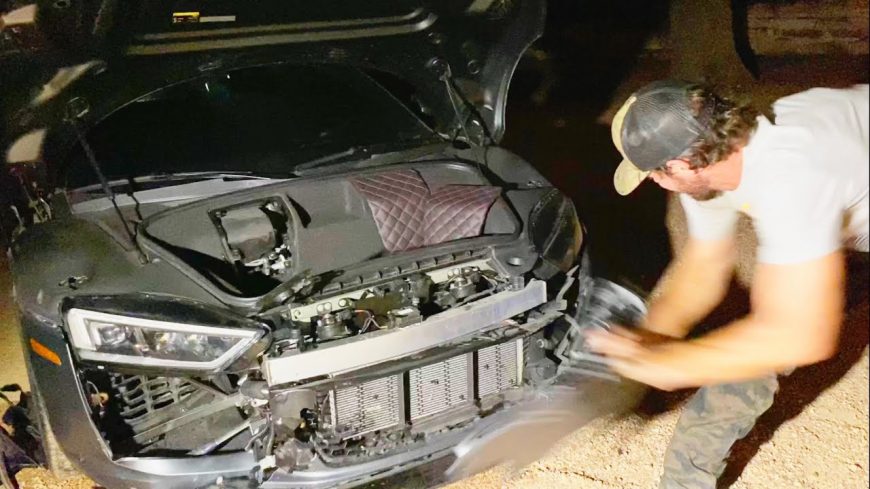 It’s no secret that YouTube creator, Whistlin Diesel, has built a reputation based on mayhem. He seemed to double down on the formula that people react with viewership when it comes to destroying expensive things. What started off as one truck turned into a variety of different machines. Viewers would watch as high dollar endeavors would end with highly sought after automobiles being ripped to shreds.

One of the channel’s latest acquisitions has been at none other than an Audi R8. People who have been following along were probably suspecting since the beginning that this high dollar exotic word eventually meet an ugly fate. The fun part of watching the channel is not knowing exactly how this meeting with destiny is going to happen. We never know what kind of destruction is in store for some of these vehicles that are being used in rather unconventional ways.

However, it turns out that the destruction for the R8 was kicked off before it was scheduled to. From what we gather, apparently, the plan was to really abuse the supercar at some point down the road. However, a road trip would have the car encounter a couple of different animals and end up cutting the lifespan of this R8’s clean and pristine nature rather short.

At first, the car would hit a small deer. Surprisingly, the collision didn’t really do a ton of damage. Instead, it might’ve dislodged and broken a couple of components in the front of the car. The splitter seemed to take most of the impact.

From there, though, the car would end up running into a fox which would damage the cooling system along with the passenger side of the bumper. One thing would lead to another and the next thing we knew, the crew was digging into the car, attempting to fix the issue with a hammer. After completely dismantling the front bumper, the radiator is smashed with the hammer before the cooling system is blocked off. This isn’t quite the way that we think that a certified technician would work on the car but I guess if it works, it works.