Ziff Hudson is no stranger to going fast on 275’s. The Concord, North Carolina-based Hudson has a penchant for making his hotrods hook on one of the smallest contact patches in all of drag racing.

Ziff and company spent the last several years fielding a rather unique combination; a single-turbocharged big block Lincoln Zephyr. Despite the boxiness of the platform and the supposed difficulty of running quick with a huge single turbo, Ziff managed to claim the single turbo 275 tire record at one point, pushing the Zephyr well into the 4.20 range.

However, the advantages of the ubiquitous fox body Mustang sang their siren song and drew Ziff to the dark side, and he’s put the Force to good use! In very short order, Ziff had surpassed the performance of the Lincoln while still not really leaning on the powerplant in the Mustang, so in the offseason he freshened things up and cranked down the wastegates, setting out on a mission to claim the first 3-second ET on 275’s, a feat he came painfully close to this week in preseason testing at Bradenton Motorsports Park. With ET’s of 4.09, 4.01, and 4.00, Ziff was knocking on the door of one of the most hallowed ET barriers ever. However, just before the finish line on the 4-flat pass, the engine pushed out a head gasket and dumped fuel onto the headers, resulting in a brief but intense fire in the engine compartment that ended the week’s festivities for the team.

As of this writing, however, the car is already back at Racecraft, Inc in Madison Lake, Minnesota for the rebuild with the target date for completion being Lights Out 8 at South Georgia Motorsports Park next month. This team is highly motivated and driven, and should be able to get things buttoned back up in time to make the biggest show on small tires! 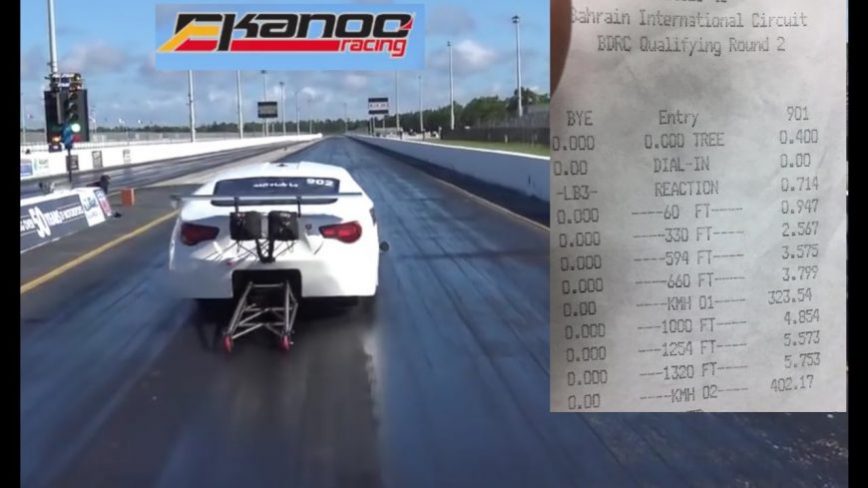