ZR1 Makes First 9 second pass, Follows It Up With A Modded Pass

ZR1 Makes First 9 second pass, Follows It Up With A Modded Pass

With the latest generation of Chevrolet Corvette ZR1, many consumers might find it ...

With the latest generation of Chevrolet Corvette ZR1, many consumers might find it pretty crazy but aftermarket tuning software has yet to find a way to crack into the Corvette’s computer. Because of this, pretty much every ZR1 that we see on tracks around the country is either bone stock or minimally modified. Even for the cars that have been minimally modified, there’s no way for a tuner to get in there and change the computer’s directions given to the car. Therefore, these modifications can only take it so far.

It feels like the Corvette is getting closer and closer to major modification with every day that passes. We have that “any day now” feeling where these things are going to be opened up for a major power boost. Can anybody say nitrous?

This time, we take a trip to Maryland International Raceway where we check out a Corvette ZR1 that has a variety of things going on. First and foremost, the car, in stock form, did make its way down the track to a 9-second pass. In the stock performance form with a set of drag radials onboard, the latest generation of ZR1 was able to crack into the single digits. When all was said and done with this configuration, it would hit [email protected] mph but that isn’t where the car would stop.

Instead, driver, Will Farmer would clarify a situation that had the internet going nuts. Originally, the person who recorded the video blow thought that the car was bone stock. However, this just so happens to be on a couple of passes where Farmer says that he was working with some folks from GM Performance. The goal was to do some testing on a bolt-on modification. Furthermore, Farmer says that he was quite surprised when these bolt-ons would send the car to a 9.64-second pass at 149 mph. We’re sure that this is just the tip of the iceberg for what the ZR1 has waiting for it. Also, it could perhaps spell out an aftermarket parts offering straight from GM.

Nitrous Breathing Demon Takes It To The 9 Second Zone 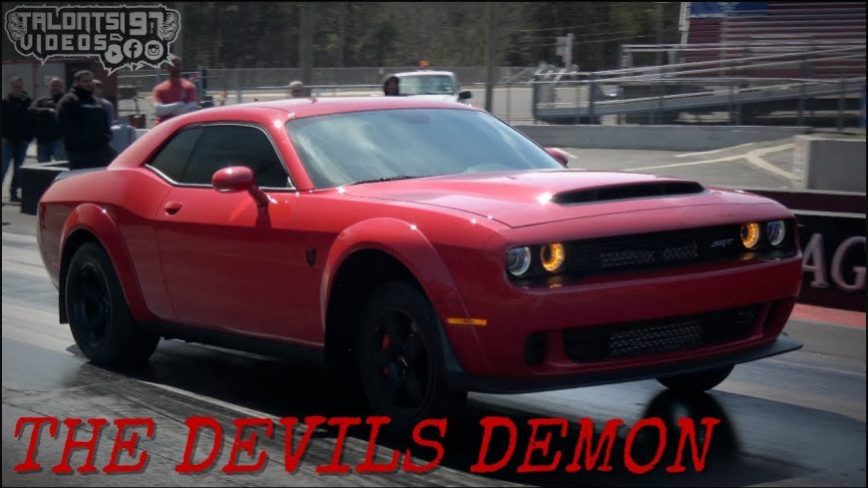