19-Year-Old Mobile Detailer Unveils How Much Money He Makes 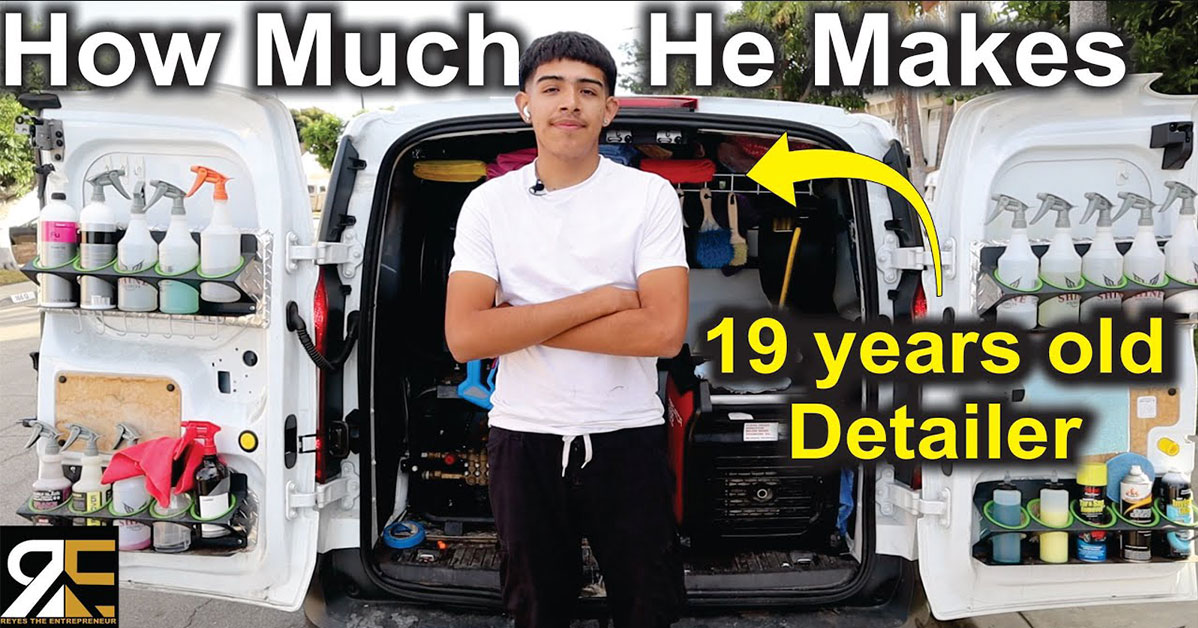 One of the awesome things about being alive in this era is that there are so many untraditional ways to earn a living. If the regular 9 to 5 is for you then that is spectacular. However, for those who are searching for something a little bit different, the options are pretty much limitless, especially when combined with the power of the cell phone and social media.

For somebody who is absolutely sick of their boss, walking out of the job is a very real possibility as building your own business is as straightforward as it has ever been. I’m not saying that it’s going to be easy as there’s definitely going to be a ton of work involved. However, for somebody who’s motivated enough, building a business from the ground up is definitely easier today than it was as recently as a decade or two ago.

This time, thanks to the Reyes The Entrepreneur YouTube channel, we get to check in with a business that has been built from the ground up by a 19-year-old. Even though he’s still a teenager, the owner of Top Class Detail has put together an operation that many would be proud of. Not only that but he’s claiming to be bringing home more than enough to sustain a pretty healthy lifestyle.

Down in the video below, we check in with exactly what it takes to get a business like this going. We also learn a little bit about how much a business like this could potentially make. At the end of the day, everybody wants to know how much cash is out there for the taking if they do decide to walk away from their 9 to 5.

This just goes to show that, for somebody who is willing to learn and invest a little bit of elbow grease, the possibilities are endless.