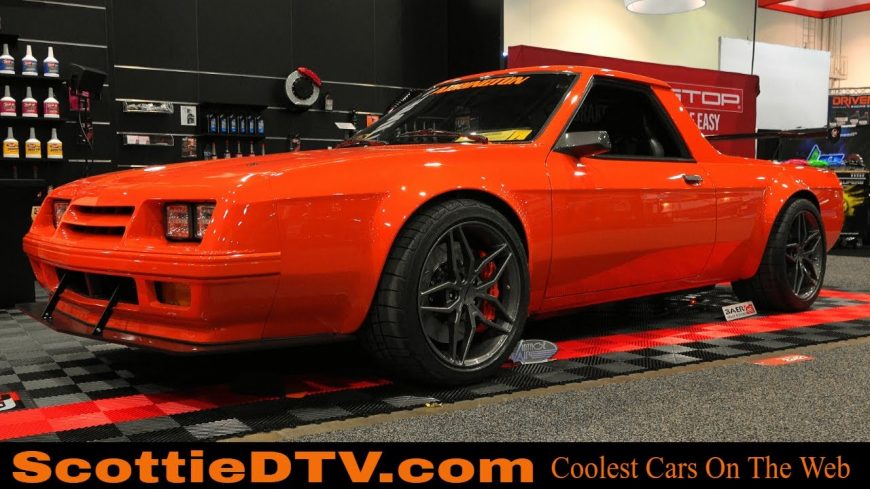 If ridiculous builds are your thing, boy have we found something for you.

Sometimes, we stumble across machines that really make us do a double-take. There’s just something so obscure about them that we can’t help but be drawn into trying to figure out the thought process behind the build.

This time, the awesome obscurity is delivered to us via none other than a 1984 Dodge Rampage. I would be absolutely lying to you if I told you that I knew anything about the Rampage before this video introduced me. I kind of had to do a little bit of research myself to learn what exactly it was and where it originated so don’t be embarrassed if you’re a touch confused.

For those who’re lost like me, the contraption is described by the ever-reliable Wikipedia as a “Subcompact, unibody coupe utility based on Chrysler’s L platform and manufactured from 1982 to 1984.” Essentially, the machine was one of those little cheapo cars when it started out. The creation that we have in front of us this time is anything but cheap, though. Instead, some major attention to detail has gone into bringing the ride life.

From the factory, what the Rampage definitely wasn’t is a rear-engine monster. However, this example found at SEMA 2019 was built to daily drive and it was built to the moon. Basically every single component of the car has been overhauled. From the powertrain all the way to the basic design features, we have an entirely new vehicle. The general shape is basically all that’s left from the 1984 version of the car.

Tying it all together nicely, we find 392 Hemi making 650 horsepower which is, without a doubt, much more potent than the original 96 hp 2.2L four-cylinder. Perhaps, one of the most impressive parts about this combination is that it was built over the span of just 10 weeks.

By following along with the video below, ScottieDTV delivers us all of the details that really make this build pop!