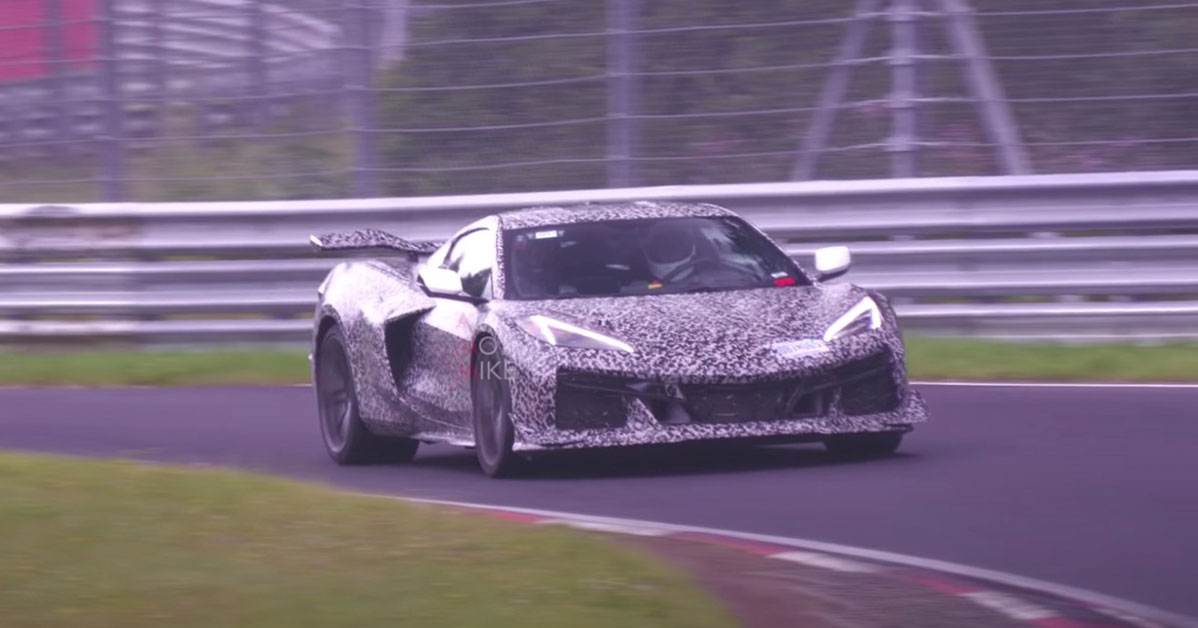 Sometimes, as car fans, we can be a little bit impatient sometimes. It seems like we were all pretty mesmerized when Chevrolet decided to switch things up with a major plot twist when they dropped the mid-engine Corvette. However, it’s not too much later in the timeline and we already can’t help but find ourselves wondering what the next rendition of the car is going to end up looking like.

Naturally, in the lineage of the Corvette, that means that next, we’re going to find out a little bit of something about the Z06. At this point, we’re all getting antsy as the details have been slipping out and getting Corvette fans excited to see exactly what’s coming. While we don’t have all of the details just yet, we have confirmed that the Corvette is going to try something different for a power plant. The Corvette will retain its V8 but it will contain a flat-plane crank and spin to an astonishing 9,000 rpm.

This time, we join in with Automotive Mike as we’re taken to catch up with a little bit of spy footage that might just give us an idea of what this car could end up being when it hits dealership lots.

On the surface, this next rendition of the C8 might not look all that much different. In fact, it’s even harder to tell when it’s wrapped in a touch of camouflage. However, when push comes to shove, we would venture to think that GM is probably going to have something pretty nasty for us to sink our teeth into – especially when we hear that V8 sing!

By following along with the video below, we get the very first taste of what exactly that means. While we all know that the Z06 is going to be a streetcar, this thing definitely sounds like a well-oiled racing machine.

« Lamborghini Revives the Countach in 2021 and it’s EPIC