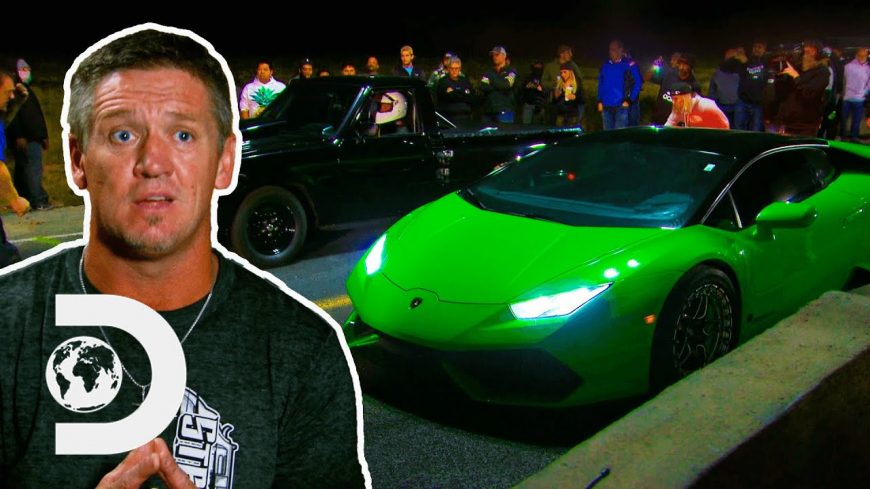 When it comes to the competitors that one might find on Street Outlaws: Memphis, it’s definitely no secret that they drive machines that are purpose-built for the streets. It’s going to be pretty difficult to find a vehicle that’s going to overcome these rides in straight-line street action, that is, unless you also have a vehicle that was purpose-built to throw down on the streets.

This time, we check in with a couple of competitors on Street Outlaws: Memphis who weren’t exactly the prototypical competitors that one would expect in such a race. Normally, we’re expecting drag cars with fat tires outback. However, the competitors that pulled to the line this time were wielding exotic machines that had hundreds of thousands of dollars invested in making them go fast.

With slick tires on all four corners, the Lamborghini Huracan driven by Ryan Fellows and the Nissan GT-R driven by Paul Coggshall from Arizona both caught the attention of the Memphis crew.

Even though Memphis racers typically wouldn’t think twice about racing a Lamborghini or other exotics for that matter, when said exotics have upgraded or added turbos along with a drag wheel setup that shows that they mean business, it’s definitely going to be a combination that most racers think twice about.

This time, we would watch as these hundreds of thousands of dollars in exotic machines push the limits on what exactly they could do on the street.

At the end of the day, one might think that power to all four wheels that the exotics offer would be a huge advantage. However, what a lot of people forget is that the competitors in the next lane over, whether it be Memphis’s own Trisha or Brian Brett, have a lot of something that’s not for sale – experience.

To see who comes out on top of this one, be sure to check in with the clip below from Street Outlaws: Memphis.