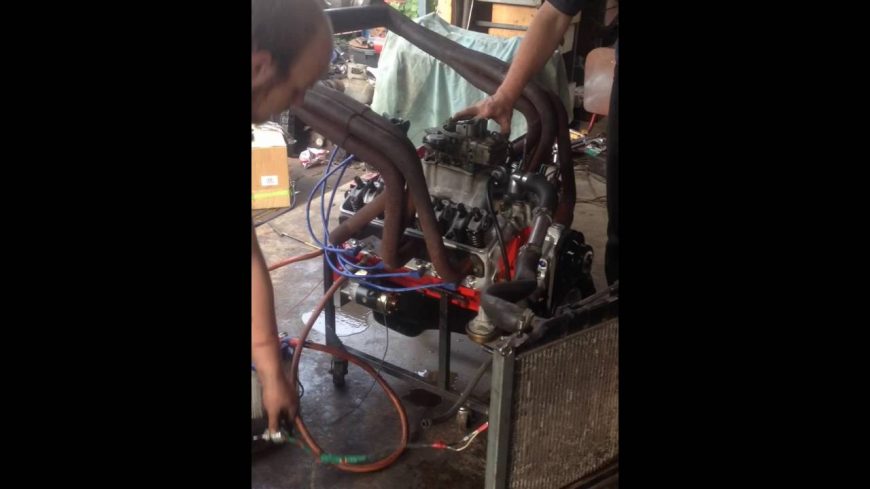 When it comes to putting together an engine, it can take all that you’ve got to push through the adversity and make sure that all of the parts come together in just the right way. Many will attest to the fact that it takes lots of time, talent, and patience to make sure that something like this can happen. When you get to the end, all of that investment is rewarded with that moment that the engine fires up, purring like a kitten and putting out sounds that will realize a job well done that makes it all worth it for all of the late nights.

This time, we check out a situation that is a bit disheartening for the person watching, let alone the people behind the build itself as the moment of truth comes and goes, leaving disappointment across the board as nothing goes as according to plan. It’s quite the heartbreaker as the engine fires up, leaving those who put it together to observe it and make sure that everything is going as according to plan. At first, it looks like all is going well, but after several minutes of running, they soon would find a catastrophic failure that is not the icing on the cake that they were looking for.

Follow along in the video down below that shows you the moment where everything just about comes to life, but at least. for the time being, is going to have to head back to the drawing board. It’s an unfortunate happening, but then again, it’s all a part of hot rodding that everyone kind of expects to happen at some point in the back of their mind. Hopefully, this one will be able to be slapped back together and running once again because we can’t help but feel for these guys after all of the effort that we know they invested.

« Sorting Through the Problems With Buying a Cheap Bugatti Veyron