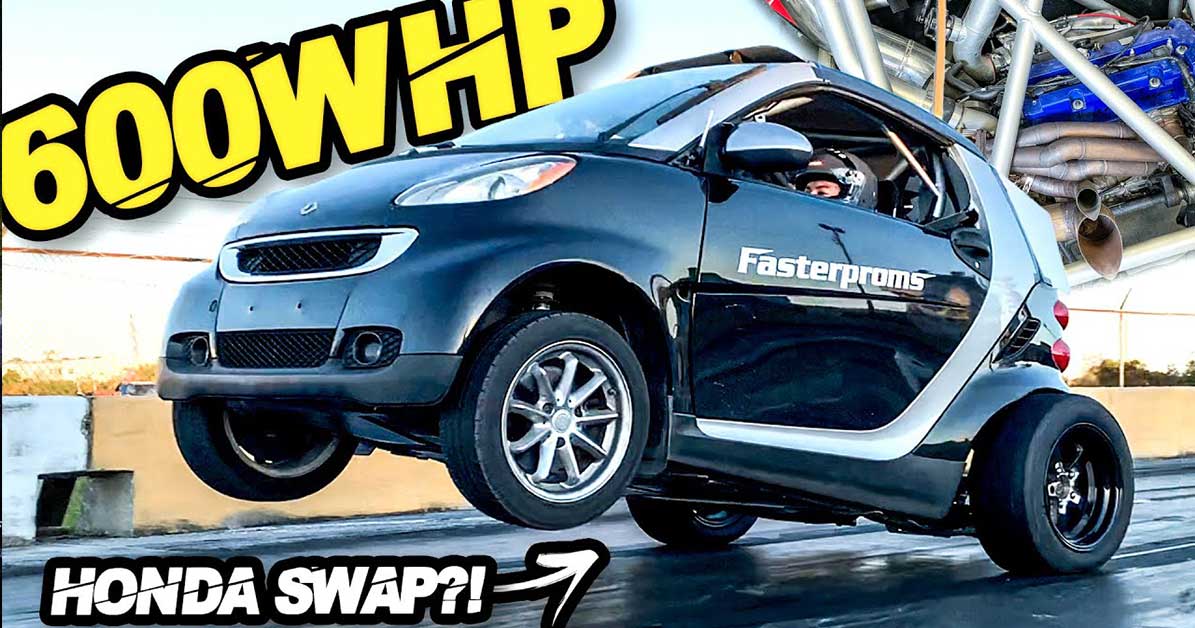 One of the things that we love about automotive YouTube is that it really gives us the opportunity to watch creativity come to life. Before YouTube was as popular as it is, there were probably all sorts of wild and crazy builds happening in garages around the world that not many would get to see. The platform is really awesome to watch as we see some of these builds as we would have never gotten the opportunity to before.

This time, we tune in with Jeremy Formato from Fasterproms as he takes us along for the ride in something rather amazing. The car is one that not many people look at and picture a sports car. However, when Jeremy saw the Smart Car, he decided that he needed a go-fast version.

Therefore, he basically took a little bit of Honda power, sprinkled in the turbocharged K-Swap, and created something that’s incredible to watch. The 600 hp car known as the “KaterTot” ends up being a quite potent competitor. To say that this thing has to be a blast to drive is likely a pretty big understatement. At the end of the day, we definitely know that there are a lot of cars out there that make more than 600 hp. Heck, Formato probably has more than a couple in his own personal collection. However, the power to weight ratio is destined to make this car a blast to get behind the controls of.

By following along with the feature below from That Racing Channel, we get the inside scoop on what exactly makes this car tick. If there’s one thing that we can say about this insane Smart Car, it’s that you definitely don’t see them like this every day. When it comes to off-the-wall builds like this, we just can’t get enough of them and a 600 hp Smart Car definitely is as off-the-wall and different as it gets.