One of the things that we can’t help but love about the automotive community is ...

One of the things that we can’t help but love about the automotive community is seeing how creative some builds can get.

While some might stick with the tried and true, taking the most direct route to their goals, others will completely go off of the beaten path. This time, we check in with the machine that definitely strays toward the more extreme end of that spectrum as the combination is something that we have personally never seen before.

The build starts out with a familiar face. The car in question that’s getting modified is a 1969 Ford Mustang. While this isn’t the first person to stick modern power under the hood of a ’69 Mustang, it is the first car to receive this type of power.

The car has appropriately been titled the “Anarchy Stang” as it is certain to cause some crazy reactions. Anarchy Stang has received the heart of a Mercedes-Benz E63 AMG.

The 5.5L biturbo combination makes 721 hp at the crank which probably also stands to drive classic Mustang purists absolutely crazy. However, it’s hard not to appreciate and respect all of the efforts that was invested in making this Mustang not only different but also incredibly well put together.

By following along with the video below, we tune in with OFFICIALLY GASSED who catches up with the man behind Anarchy Garage, the YouTube uploader who concocted the bright yellow Mustang.

While this build certainly does a ton of things right, on our scoreboard, we would say that the creator definitely gets the most points for creativity. At the end of the day, this thing is certainly snapping necks at every single car show that it attends.

As if a bright yellow visually modified classic Mustang isn’t enough, that AMG power under the hood is definitely one way to make folks do a double take.

Pickup Driver Has the Worst Case of Road Rage we Have EVER Seen! 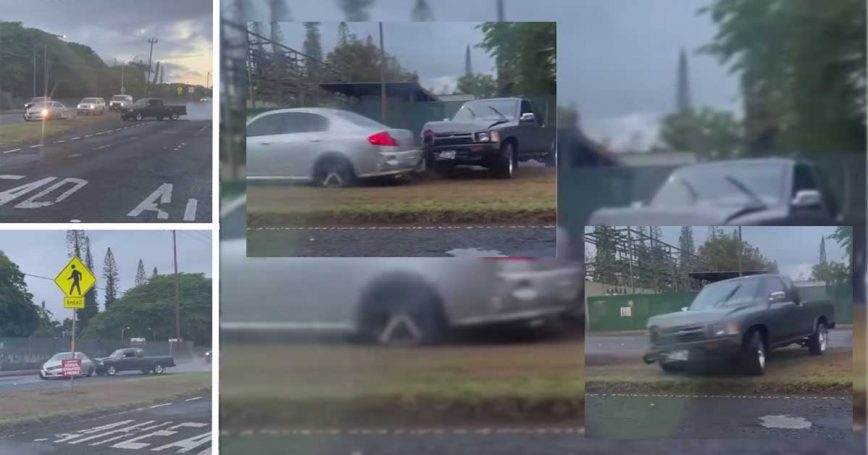