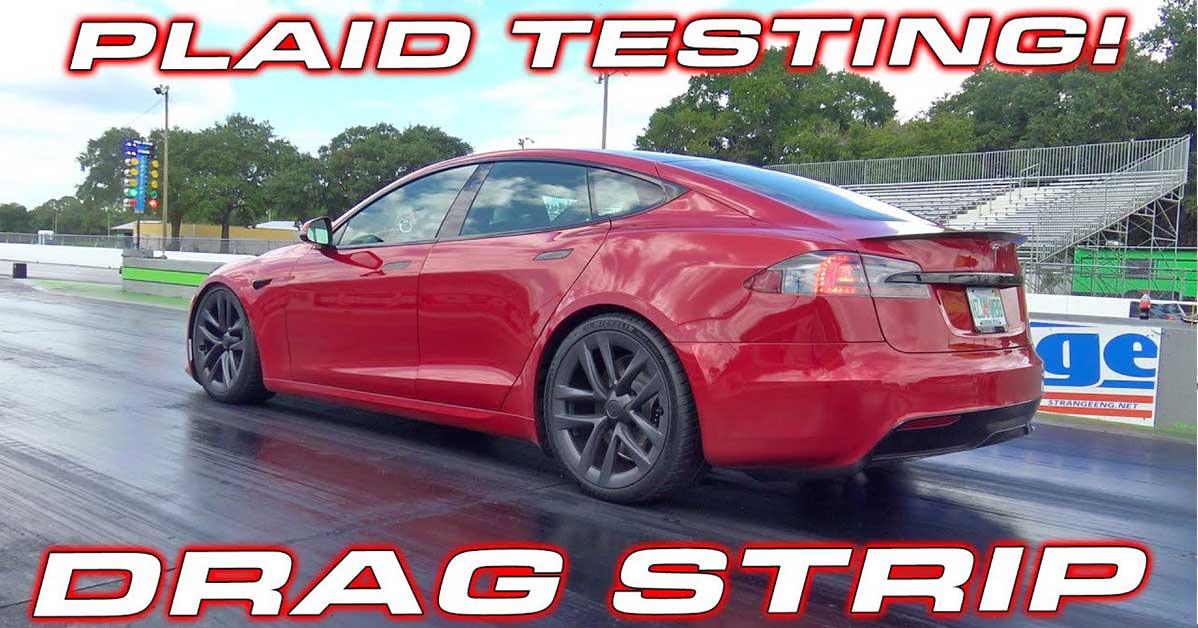 The more that we take a dive into the world of electric cars, the more it feels like we are at a very pivotal point in the world of transportation and even racing.

Sure, going fast isn’t everything but it’s hard to deny just how awesome the future of electric vehicles is looking on that front. This is especially apparent when we take a look at something like the Tesla Model S Plaid that has unofficially reached out and taken the record as the fastest production car down the quarter-mile.

This time, we dive into the Model S Plaid yet again with a little bit of help from some familiar faces as featured on the DragTimes YouTube channel. For starters, we watch as the channel’s host, Brooks, makes a couple of passes down the quarter-mile to see what he can do as far as setting a new record.

Joining Brooks, we meet with Gidi Chamdi who has set plenty of records himself. Some might know him for being the driver of the quickest Nissan GT-R to ever go down a drag strip.

This time, the duo heads out to Orlando Speed World to test out this new Tesla model.

When all is said and done, we can’t help but be impressed by this monster that manages to pretty consistently knock home low nine-second passes. In fact, we might just go so far as calling it one of the most consistent cars we’ve ever seen as the session ends with an entire fist full of 9.2-second timeslips! In fact, our hosts seem to struggle to get this thing to run anything but a 9.2 down the quarter!

By tuning in below, we get to see just how far the Model S Plaid can be pushed in some preliminary testing. For some reason, we get a sneaky suspicion that it won’t be long before someone figures out how to have this thing running in the 8s!