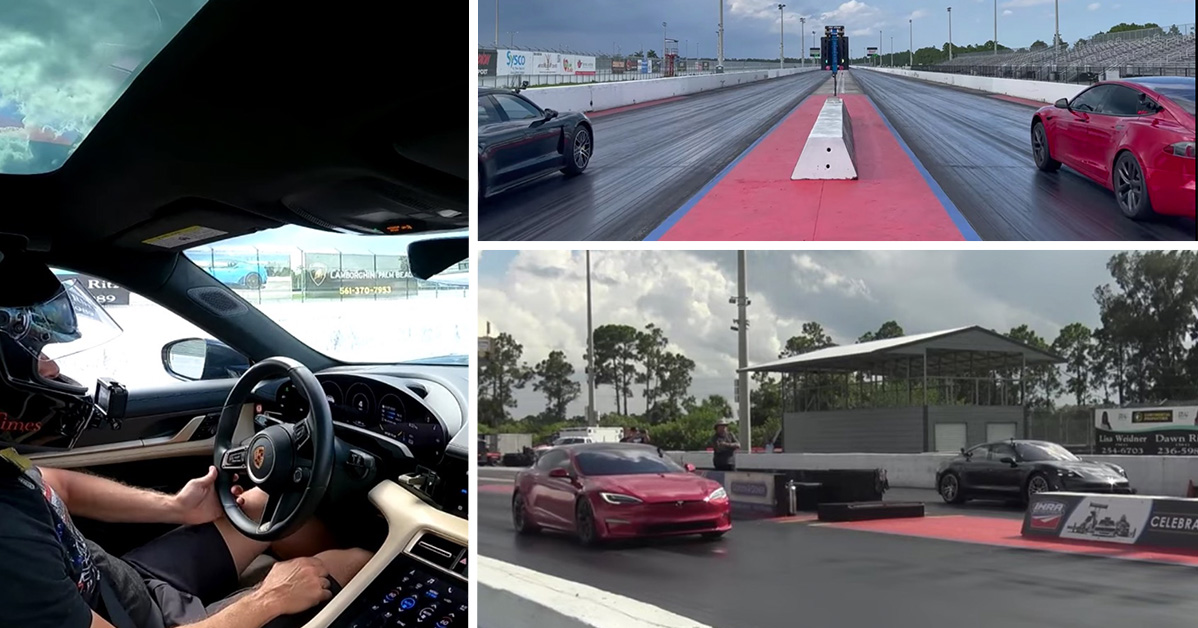 It seems as if racing is quickly shifting to a new frontier of sorts. It feels like just yesterday that the electric vehicle was making its way onto the mass-produced scene. These days, though, there are quickly becoming more and more options when it comes to picking out just the right EV. Some brands that we would’ve never foreseen jumping on the electric vehicle bandwagon have come around strong, even going so far as offering several models.

One of the automakers that some might have never seen making an EV this soon in the timeline is that of Porsche. However, the German automaker has taken it upon itself to bring something incredibly stout to the table.

Just because Porsche has gone electric doesn’t mean that the brand is giving up on its performance heritage. Instead, the exact opposite is true as the Taycan Turbo S actually manages to produce 750 hp. It’s going to take us a while to get used to the fact that they called an electric car by the name of “turbo” but hey, if it performs well, all will be forgiven. Right?

This time, the competitor in the next lane over is perhaps the most popular electric car on the market these days. Tesla really shocked the world, no pun intended, when the company released its Model S Plaid with 1,020 horsepower. While the regular Model S was busy throwing people back in their seats, the Plaid would do so on an even more impressive scale, managing to break the record as the fastest production car to ever make its way down the quarter-mile to the tune of over 150 mph. That speed is also accompanied by a mighty quick elapsed time of 9.2 seconds as well.

Down in the video below, we tune in with DragTimes as they take on the likes of these exciting new electric vehicles. EVs might be new to the scene but they are certainly making an impact quickly.