79-Year-Old Grandfather Rides in 1800 HP Supra on Father’s Day (What a Reaction!) 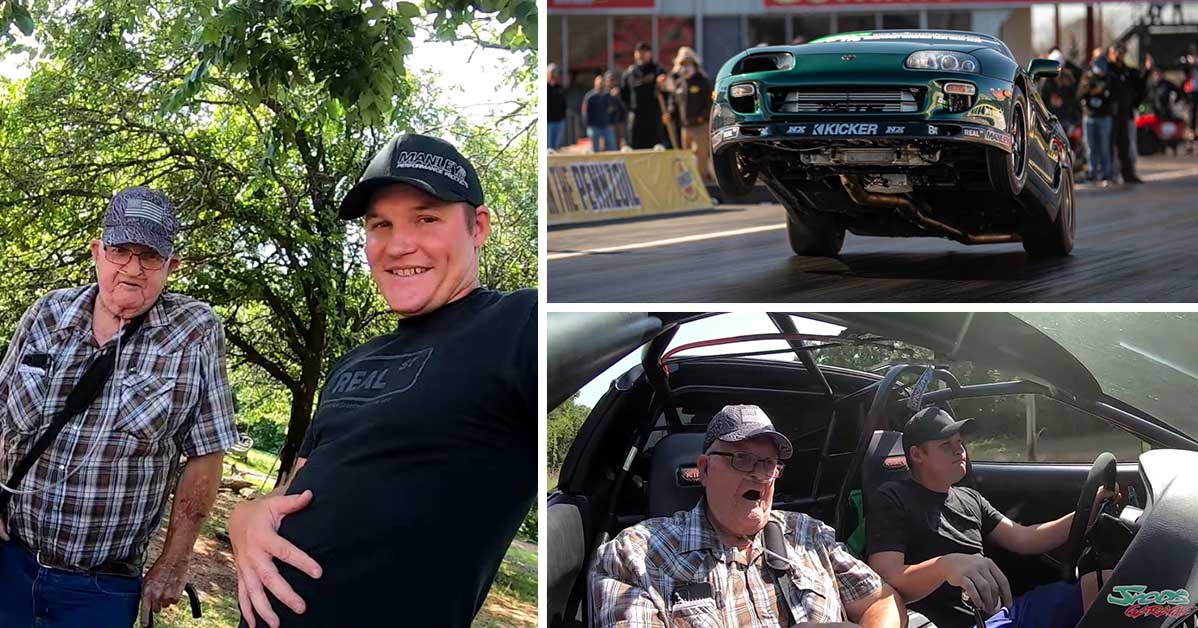 Over the years, let’s just say that cars have most certainly evolved in the performance category. Back in the day, a couple of hundred horsepower would be more than enough to be the fastest car in the streets.

These days, though, that’s just not going to cut it. While most enthusiasts could get away with having fun with 500 or 600 hp, the cars that truly dominate on tracks and the streets today can power upward of 1000 hp with some taking matters even further. Heck, in some circles, 1000 hp might not even be enough to compete with a streetcar.

Many know Jared a.k.a. JRod for his green Supra that lays down major power and could be seen traversing the drag strip in under 8 seconds. However, when he introduces his 79-year-old grandfather to the incredible Toyota, we aren’t quite sure that Gramps is fully able to grasp just how fast this wheelie popping monster is until he feels it himself!

On Father’s Day, though, he was about to get the feeling of what it means to be behind such a g-force creating a monster.

Down in the video below, we tune in with Jared’s YouTube channel as he takes us along for the ride on Father’s Day as he introduces his grandfather to the six cylinders of fury under the hood of the Supra. As one might expect, the reaction is absolutely priceless here. We also have to point out that the car isn’t turned all the way up but instead, it seems to be around the 1000 hp mark for the street.