A Look Inside Where $300 Million Cruise Ships go to Die 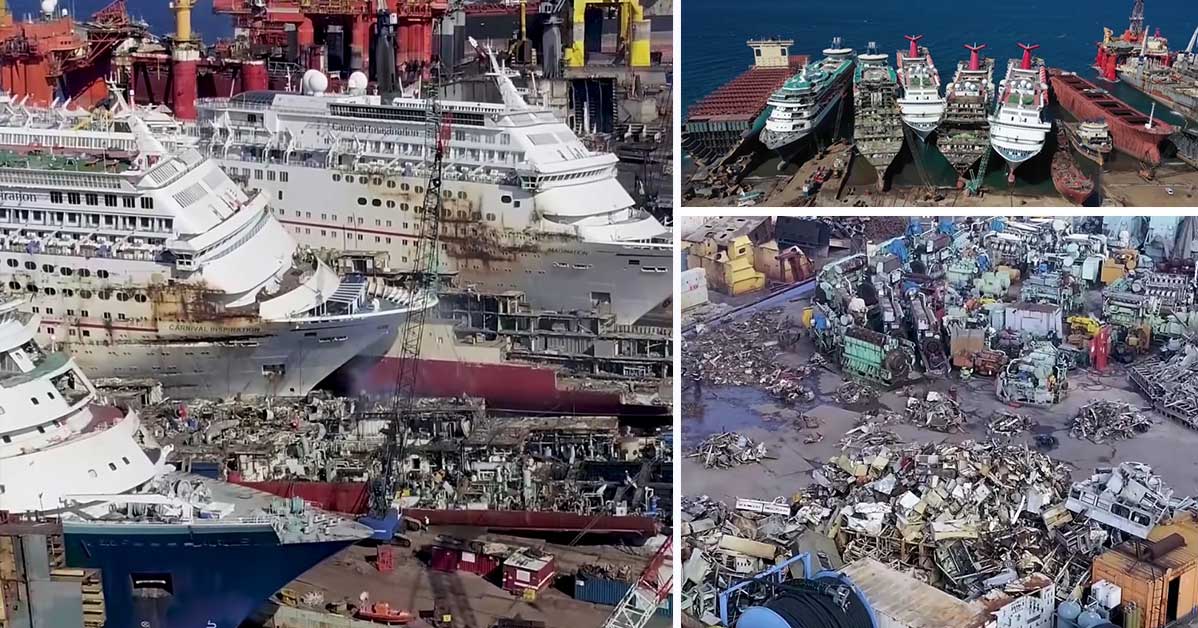 For those who own something like a cruise ship, there are a lot of considerations to make.

Most people who ride on cruise ships would probably be shocked to find out some of the challenges that come alongside maintaining and eventually decommissioning these things. If there’s one thing that we have never really stopped to think about, it’s how exactly a cruise ship gets sent off into the sunset. However, when Business Insider took us into the process, we couldn’t look away.

Eventually, everything mechanical gets to a point where it’s not worth using anymore. For Carnival Cruise Line, that time could come for quite a few ships in the wake of the pandemic. As it turned out, Carnival figured out that it would be cheaper to just get rid of some of its older ships instead of attempting to keep them up-to-date when nobody was booking cruises.

Therefore, they would head off to the shipbreaking yard where the vessels would be broken down to the point where they can be recycled. As one might imagine, these apartment buildings on the water just aren’t as simple as rolling up to some random junkyard. Instead, they need to be taken to a special facility where they are cut down, piece by piece, and eventually turned into scrap.

While there are millions of dollars made in the process, it also turns out to be one of the most dangerous jobs that somebody could possibly have. This really brings the term “hazard pay” to life.

Down in the video below, we get to check in with the complex process of retiring a cruise ship. Sometimes, the highest dollar industries end up coming with the biggest risk, and this time, we get an inside view of how exactly that works and why the service is worth top dollar.