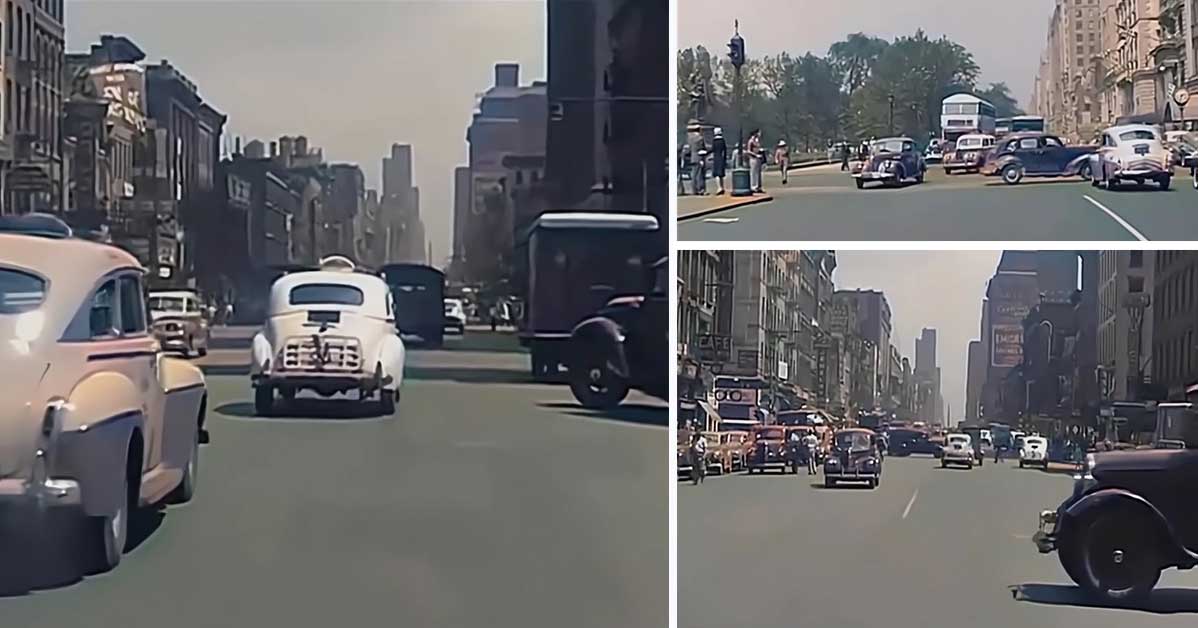 With modern technology, sometimes, it feels like there is nothing that we can’t do. Each and every day, those on the cutting edge of technology seem to wow us with their accomplishments. Just when we thought that it wasn’t possible to pull out a time machine and take a step back in time, along comes a video that has completely remastered what we thought we could see from the past.

Previously, one of the only ways to look into 1940s New York would be to check out some old black-and-white footage or check-in with a movie filled with complicated set pieces and actors if you wanted a simulated version of what the city looked like at the time.

This time, though, we check in with all of the wonders of special effects as we get to take a walk back in time to see what New York looked like 80 years ago! Normally, this sort of footage would be in black-and-white as that was pretty much what was available at the time. However, with digital remastering and added sound and color, we can get a pretty decent idea of what it was like to drive through downtown New York in the 1940s.

Sometimes, being able to really get a vibe of what something is like with black and white footage can be complicated. It almost feels like we’re looking at something that never really existed because none of us experienced it in real life. However, with a dash of color, we can almost feel what it was like to be in the city at the time. Something like this is so magical that it almost sends a chill down the spine and thanks to NASS, we can see the wonderful city come vibrantly to life down in the video below.