In this wild world of motorsports, there are lots of engine combinations to pick and ...

In this wild world of motorsports, there are lots of engine combinations to pick and choose from. The engine selection all depends on what the goal at hand is and really what the creator thinks is cool. At the end of the day, there are no limits to what can be accomplished with some creativity. Naturally, money is going to be a consideration but aside from that, a little bit of know-how I can make just about anything happen.

For example, we find it particularly interesting when an engine is taken from one of our favorite performers and ends up in a place where it would least be expected.

This time, we check in with a build that pretty much defines what it means to be unexpected.

In the world of jet skis, there is a portion of the ski community that really delves into the performance side of things. However, what most of these folks don’t do is shovel an entire V8 engine underneath the seat of their ski.

In fact, the swap that we check out this time is rather challenging as it’s definitely not an engine that’s going to be supported by the architecture in place. In other words, the creator behind this one, who goes by JetSki Brothers on YouTube, has to have a knack for putting things together in order to figure out how this beast of a machine is going to make magic.

Down below, JetSki Brothers takes us for the grand tour, showing us how exactly he managed to shoehorn an LS power plant into a jet ski. At the end of the day, this might not be the most practical thing in the world. However, it’s pretty hard to deny the ingenuity that has produced something pretty awesome. Besides, after driving this thing once, we get a feeling that it’ll be so cool that practicality will be the last thing on anyone’s mind. 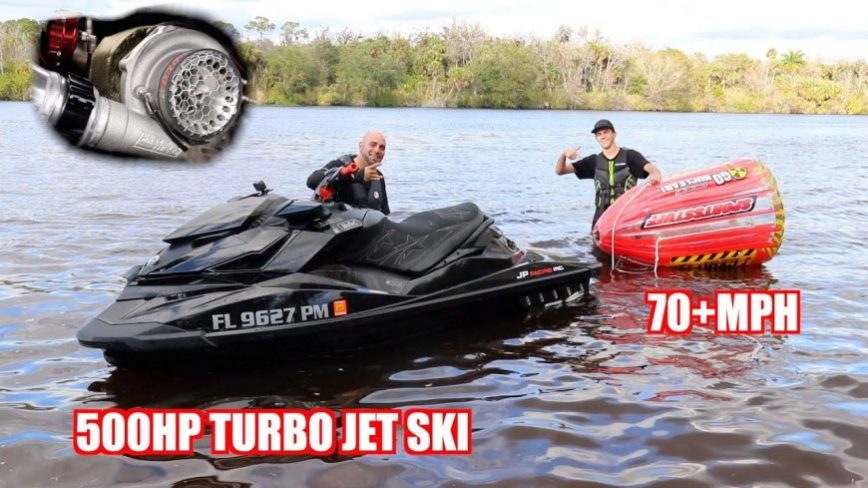