For those who have been following along, the career of Steven Aghakhani has been taking off like a rocket ship.

As of the writing of this article, he is still 17, he even reminded us of that in a recent editorial piece that he did for Sportscar365 where he tells the story of a trip to Italy where, as usual, he wouldn’t even be able to rent a car due to his age. It’s kind of ironic that one of the racing world’s hottest young names can’t even rent an economy car.

We know that rules are meant to be broken and Aghakhani was even at the center of some rule change considerations to lower the age for IMSA competition but we’re not sure that car rental companies are going to be on board with dropping that age limit any time soon. 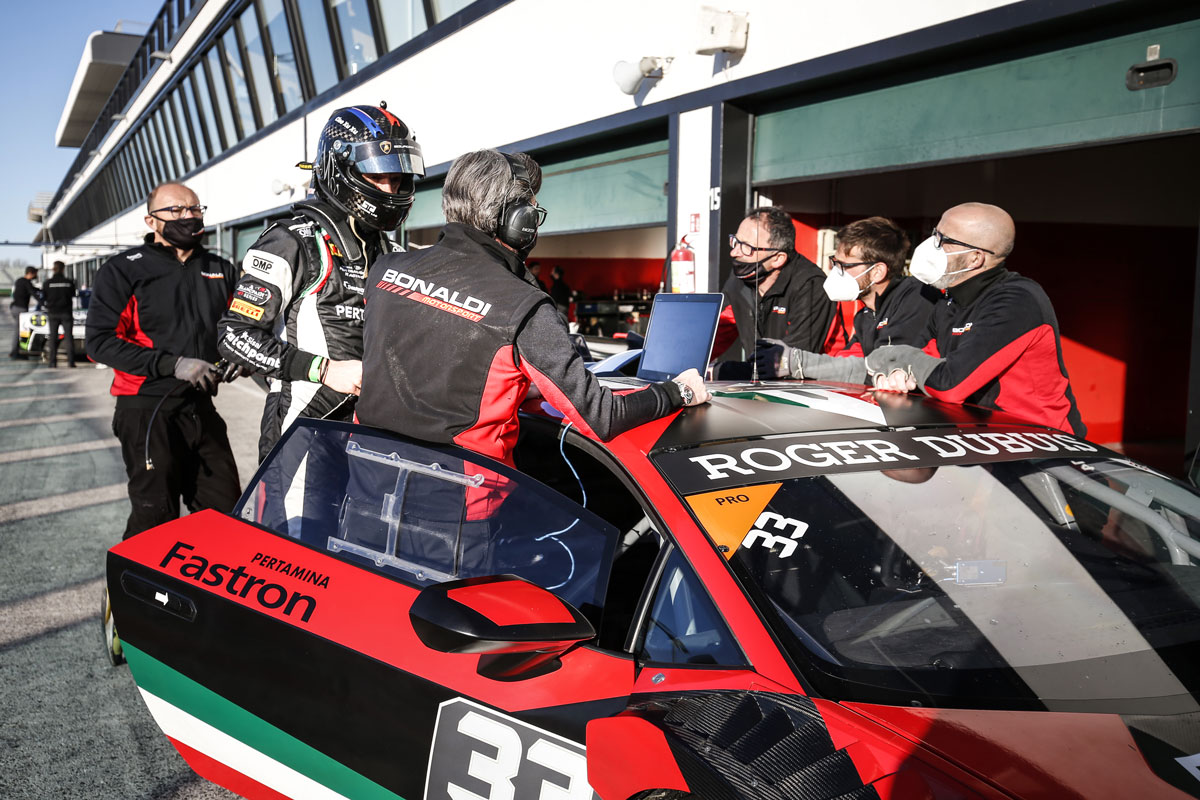 In any case, rental or not, the Aghakhani-Eidson duo will be looking to come back on the scene in 2021 with a vengeance and continue their stretch of dominance in the Lamborghini Super Trofeo North America Championship. 2020 was kind to the pair as they earned four race wins, the most in the series, along with eight pole positions which was a record. They would end up with a runner-up position in the championship.

In order to really find his groove for 2021, Aghakhani, the youngest Lamborghini factory driver, has already begun to get prepared for the upcoming Lamborghini Super Trofeo World Final in Misano this upcoming October. In order to do so, he would head to Italy to test with the highly regarded Bonaldi Motorsport team and pro driver Milos Pavlovic.

After finding his way several hours across the country thanks to a ride from his coach, Kevin Madsen, Steven would begin to gather the footing that might just propel him to even more records in 2021. In fact, his efforts were even able to surprise Marco Bieli, the owner of Bonaldi, as Steven set the track on fire!

Steven described the session in his editorial, “The Misano circuit is 4.2 kms long, which is just over 2.5 miles, and has 15 to 16 turns, depending on how you count.

It is very well paved, and I was just blown away by the quality. It is always a little different – usually to the good side – in Europe and the grip level is amazing. It helps that it is a MotoGP track because it is extremely flat too.

The setup on the car becomes so huge on those kinds of tracks and it is a nice challenge. It’s a great track with a lot of turns in only two-and-a-half miles, so passing is going to come down to who has more guts at the World Final.”

Be on the lookout for Aghakhani who will finally become an adult when it’s time for the 2021 IMSA Lamborghini Super Trofeo North America to kick off. Up until now, he has been laying down the law as a minor! This year, though, he won’t have the distraction of school as he leaves it in the rearview, graduating with a perfect GPA. He has also been working on his ability behind the wheel while off the track with a workout routine and plant-based diet like superstar Formula One driver, Lewis Hamilton, which should have Aghakhani poised to make an even bigger impact on the sport this season.

« Hellcat Charger Waiting For Auction Was Apparently Destroyed Before Repo