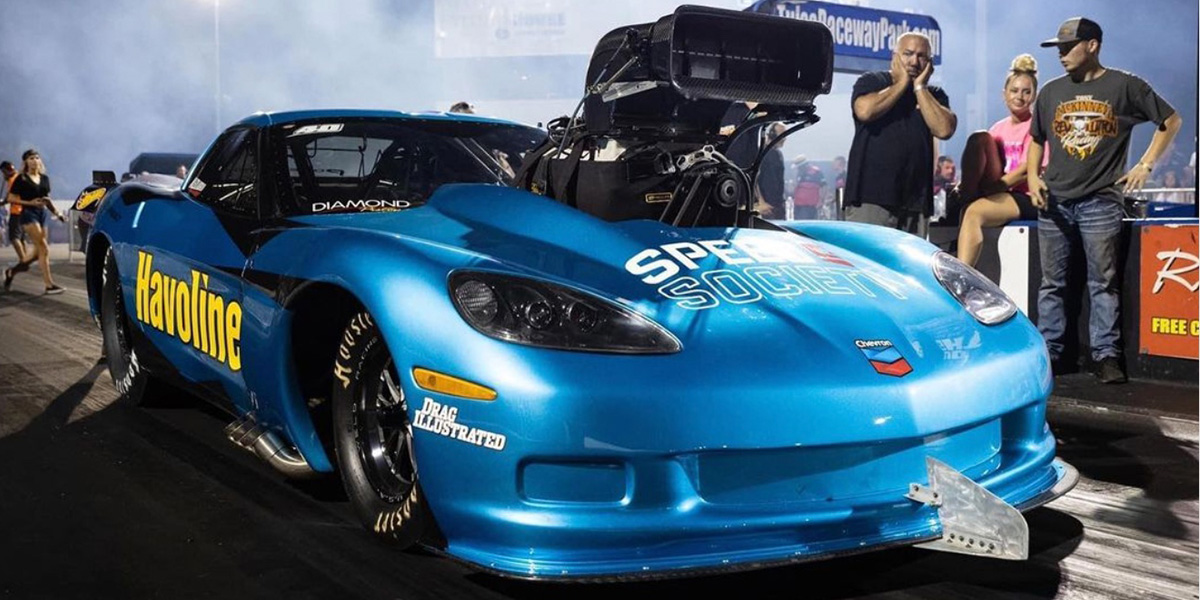 Those familiar with professional drag racer, Alex Laughlin, will tell you that the competitor is truly a jack of all trades when it comes to drag racing. A lot of drivers, they will stick to one or maybe two different formats of competition. For example, many of our favorite Street Outlaws will participate in racing with street cars and then maybe dabble in no prep with their big tire cars.

Laughlin, though, not only has been behind the wheel of his NHRA Pro Stock machine. He also throws down in Top Fuel competition as well as fans will see in the upcoming U.S. Nationals. This isn’t where his well-rounded capabilities stop, either. This time, we take a second to point out that Laughlin is at it again, competing wherever he might find healthy competition which, in this case, just so happens to be on the no-prep circuit.

Recently, Laughlin headed out to No Prep Kings in Tulsa, Oklahoma, to see what he had against some of the most impressive names to ever go down and no prep surface. Not only did Laughlin hold his own but it seemed as if this taste for no prep had him wanting more. Of course, as he doesn’t have a plethora of experience on the surface like most of his competitors, there is more work for the driver and his team to do. However, after dipping his toes in, don’t be surprised to see Alex go in with both feet first. Laughlin might just have a promising no-prep career coming down the pipeline.

By following along with the video below from National No Prep Racing Association, we check in with what might just be the beginning of a very promising no-prep career. Laughlin is sure to be busy with NHRA competition but keep an eye on No Prep Kings because you never know when that blue Corvette might just make another appearance.