Ryan Martin Takes us Behind the Scenes of “Street Outlaws: End Game” Ep. 1 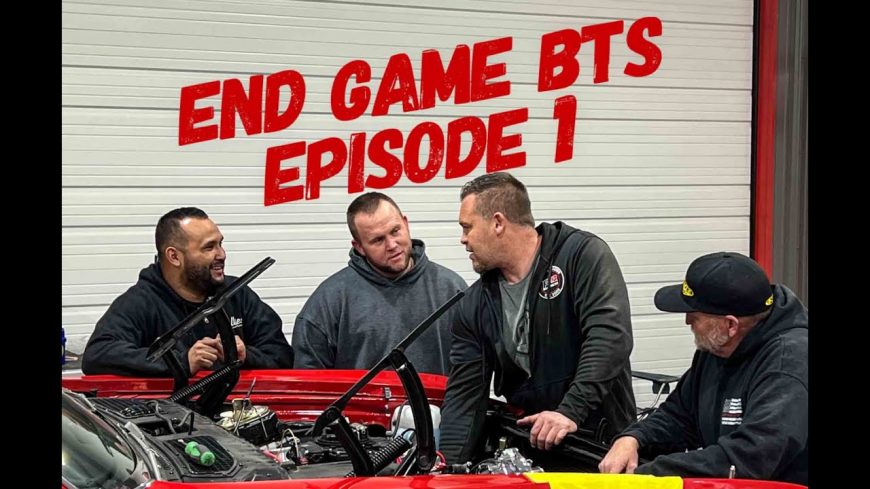 As we get into a new version of Street Outlaws, fans are treated to something a little bit different that we think has some really awesome potential. Even though recent seasons of Street Outlaws have involved some pretty insane builds, some fans have been pleading for the show to go backward in its evolution a little bit. While, in the world of racing, one might think that the fastest machines possible are the most entertaining, there’s also something to be said about machines that are a little bit more relatable to the racing community as a whole.

Therefore, in season one of Street Outlaws: End Game, we watch as some of the fan favorites take on a new challenge. The idea is to build a car that could be driven to a race spot, raced, and driven back home. In other words, these machines are true street cars that might not be quite as fast as the big tire cars that we are used to seeing but definitely keep the action coming in their own right.

The first build that was unveiled in End Game was that of Ryan Martin. Martin has become pretty well known for his pure dominance behind the wheel of a Chevrolet Camaro. For his street build, though, he decided he wanted to do something just a little bit different. Instead of going with a more modern Camaro like his no prep and street racing ride, Martin went classic. In the first episode, fans would be able to check in with the details as Martin brought an old Chevelle to life and managed to break the internet in the process.

By following along with the video below, we get to see behind the scenes to catch up with a little bit of extra footage that maybe didn’t make the cut in the first episode of the new show and actually gives us some extra details that help fans appreciate this ride that much more.

« $25 Million Yacht Goes up in Massive Ball of Flames