Sometimes, you just get to the end of your rope and can’t help but lash out ...

Sometimes, you just get to the end of your rope and can’t help but lash out when something isn’t quite going right.

This time, I am absolutely not lying when I told you that upon watching the clip in question for the first time, my jaw absolutely hit the floor.

In the video, it appears as if a motorist had made his way onto a farm for some reason. Apparently, the farmer who owned the place wasn’t too happy to have the vehicle sitting where it was. While an individual who would appear to be the car’s driver was standing nearby, no progress is being made. Therefore, the farmer would take it upon himself to hop to action no matter what the consequences were.

The information that we have gathered from several sources says that the footage is a part of a dispute between the farmer and “local youths.” Apparently, footage of the incident that was posted to Snapchat was accompanied by the caption “Glad it was just my courtesy car.”

The incident was said to have happened this past June and police are also investigating to see what further details they might gather.

It seems like things happened in just an instant as the farmer would show up with some sort of forklift. Apparently, this farmer was very determined to get the vehicle out of his driveway. Enough was enough and he got to work, using the piece of heavy equipment to lift the vehicle up and move it. Not only did the farmer do his best to get the vehicle off of the property but he also went above and beyond, rolling the car over entirely.

Down in the video below, we check in with the situation that almost seems too crazy to be true. Sometimes, though, life is just beyond our wildest dreams.

Angry Farmer Sprays Poop all Over Protestors Trespassing on his Land 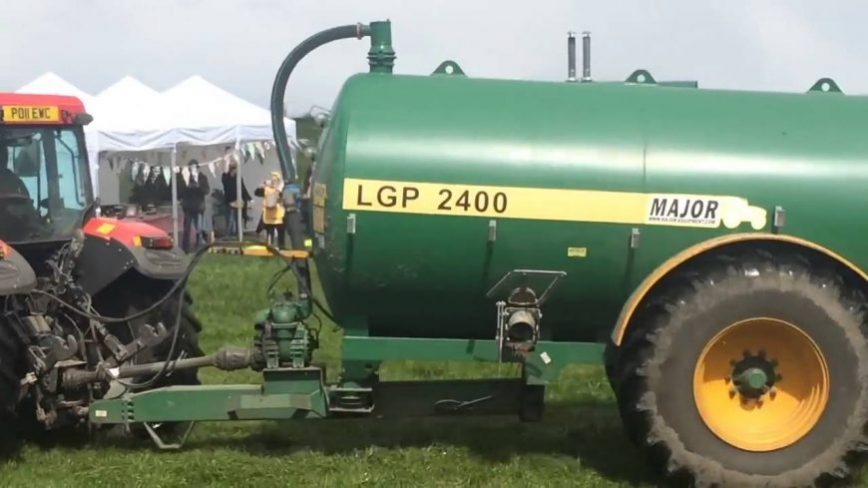