Arnold Schwarzenegger Dresses up as the Terminator, Trolls All of Hollywood 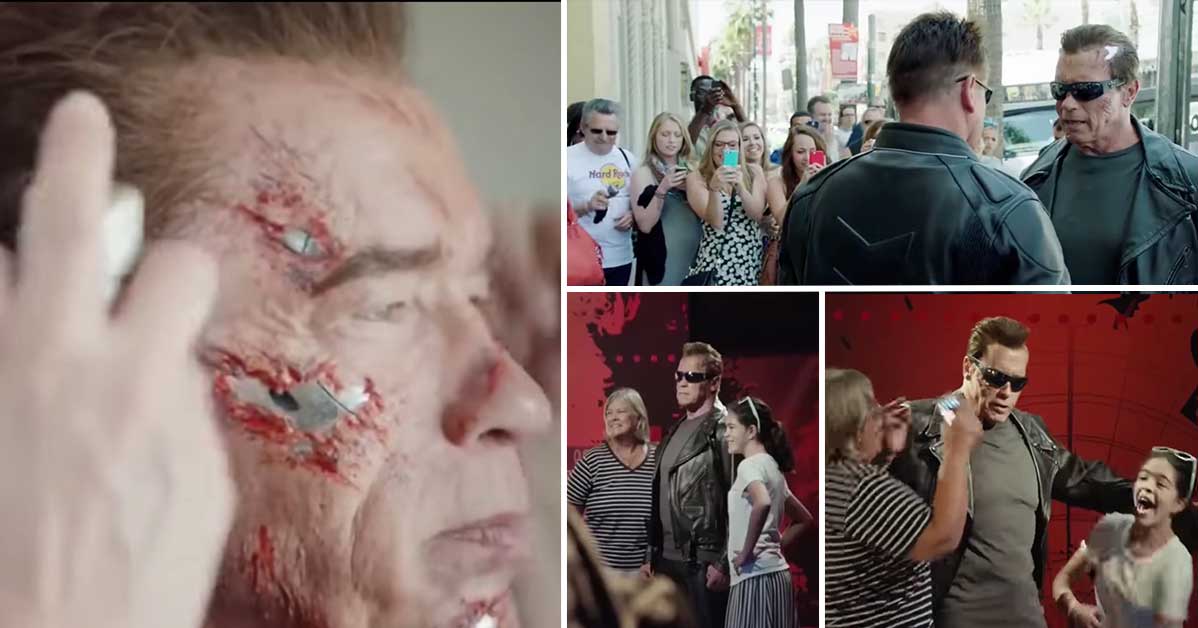 Being a celebrity looks like a lifestyle that is just so attractive. As the general public sees it, celebrities have seemingly unlimited money and possess such high notoriety to the point where people always recognize them. All these might seem like cool parts of the celebrity lifestyle.

However, as normal people, if you will, we have never lived the life of a celebrity. With that, it’s hard to be very familiar with the downsides of such a life. At the end of the day, it probably gets pretty annoying to not be able to go anywhere without being recognized. For some of the more famous people in this world, we would probably guess that they would like to just go to the grocery store and buy a gallon of milk without fans hanging off of their every move.

So, if a popular celeb were to want to blend in, how exactly would they go about doing it? Maybe they would use some sort of disguise! Perhaps, though, the best disguise is standing out. After all, nobody would expect that!

This time, we follow along with quite a prank that follows Arnold Schwarzenegger to Hollywood. After Schwarzenegger dresses up as his character from the Terminator films, nobody recognizes him at all. This is because there are all sorts of impersonators running around and Arnold even runs into another Terminator himself.

The fun continues as Schwarzenegger heads to Madame Tussauds house of wax to pose as a wax figure. However, when people begin to take pictures with the Terminator, Schwarzenegger pops to life, showing them that he’s the real deal.

While this video is one that seems to be just for fun, maybe there’s a solution here for celebrities who don’t want to be seen. Maybe dressing up like Spiderman or the Terminator is the way to get around the paparazzi. Who knows? Maybe there are celebrities actually using this tactic right beneath our noses.