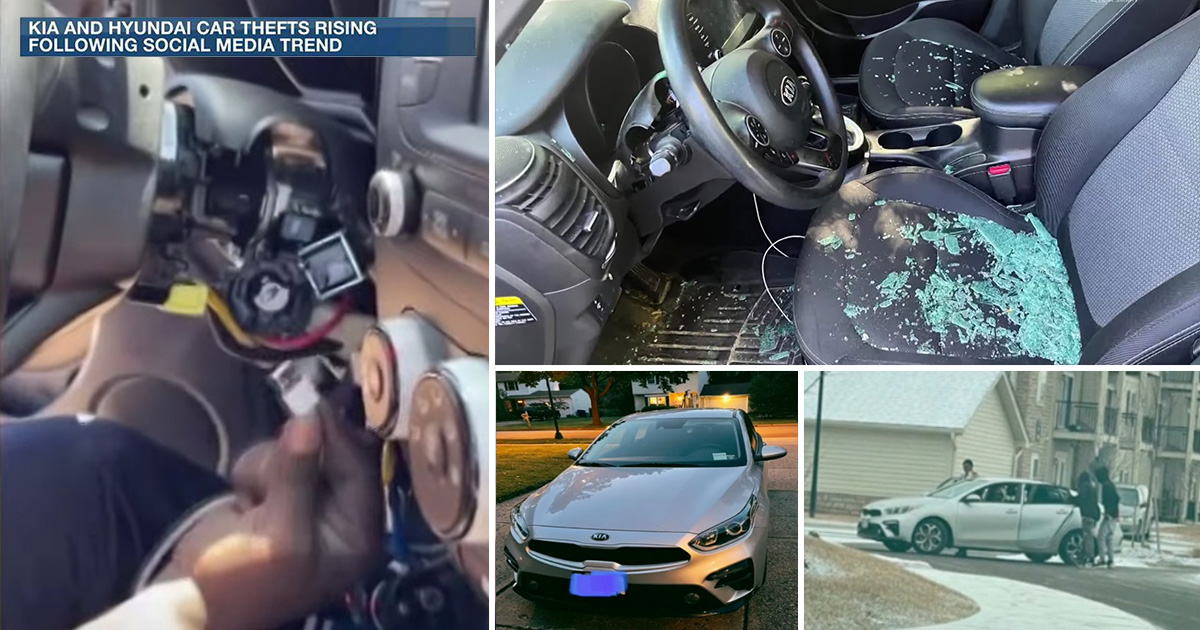 When an internet trend gains momentum on social media, it could certainly be incredibly powerful, causing a ripple effect in ways that nobody had ever anticipated. One would think that if a trend is particularly dangerous that most who view it would use their common sense to avoid the trend. However, sometimes that just, unfortunately, doesn’t happen to be the case.

In what appears to be an emerging trend on TikTok, Kia brand cars have been targeted for theft.

When we were presented with a news report from WTHR about TikTok inspiring automotive theft, the whole story kind of seemed far-fetched. Essentially, a woman had her car broken into and immediately turned to popular social media app, TikTok, to place the blame. While it seemed a little bit far-fetched, we did some digging and it seems as if the owner of the vehicle actually has a strong point.

When making our way through the video sharing app, trying to find some clues to see what was going on here, we stumbled upon quite a few startling instances.

The trend seems to stem back to a group from Milwaukee called the “Kia Boyz” who apparently are breaking into Kias because of the ease of stealing the cars by turning the ignition with a common USB phone charger.

In fact, we stumbled upon a wide variety of TikTok videos saying something to the effect of “the Kia Boyz got me.” The videos showcase Kia vehicles that have been stolen, destroyed, and eventually recovered.

After breaking into these cars and stealing them, the individuals behind the videos show off, joyriding the cars in a reckless fashion. Usually, it seems as if the victims of these crimes do eventually recover their cars after they are presumably dumped after the joyride.

It’s not exactly clear if it is one group of suspects who are doing all of the stealing or if this viral trend has influenced others as well.

« Ride Along From Daddy Dave’s POV at NPK Houston