Big Tire Camaro Takes Out Wall At No Prep Race 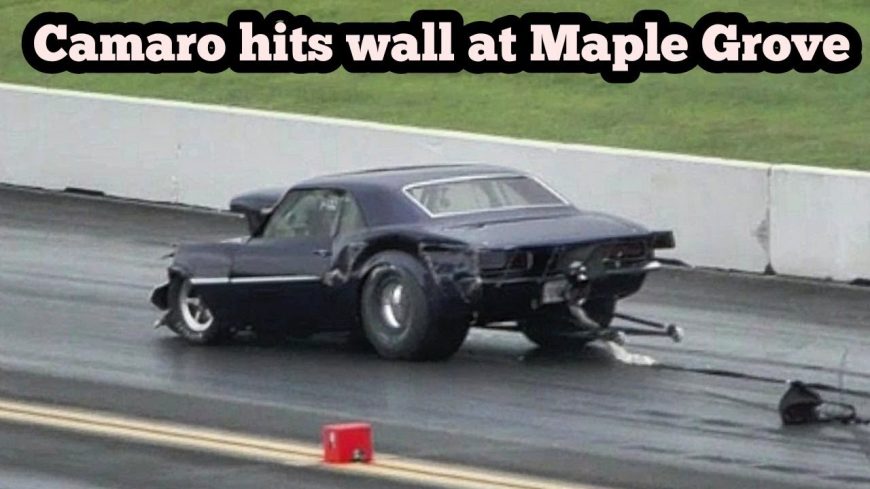 The No Prep Kings are making their way across the country, hitting stops at drag strips from coast to coast as filming for the show’s second season and beyond. The popular Street Outlaws spinoff has built quite an audience and is continues to draw fans as they criss-cross the nation for their events.

Last weekend, the show rolled into Maple Grove Raceway in Mohnton, Pennsylvania, where National No Prep Racing Association’s camera caught this incident, featuring one of our first looks at a new hotrod with a familiar name as well as a little bit of a fender bender in the other lane.

If you’ve watched Street Outlaws even as a casual fan, there’s a real good chance you’ve heard of “Plan B”. The name was first carried by the black C5 Corvette owned by Michael Henson. Henson had been on the show himself behind the wheel of the inky black ‘Vette, then the car was driven up the list by Daddy Dave when he was between cars before a falling-out led to Dave stepping out of the car while it was in contention for the top spot on the list.

We’ve since seen the car undergo a transformation from the nitrous setup it was running at the beginning to a twin turbo combo on later episodes, before finally being replaced by the upgraded C7 ‘Vette seen in the far lane of this video. Look for more info about this car soon.

In the near lane, a little bit of a snafu takes place when this gorgeous big tire Camaro gets out of shape and tags the wall just a couple hundred feet into the run. If you watch closely, especially on the slow motion replay, you can actually see a section of the wall shift backwards and kick up a little dust, indicating just how hard the car smacked the wall.

The driver was uninjured according to reports online, but the car is heavily damaged and liable to be out for a while for repairs. Racing had to be halted and another barrier set in place to make sure the integrity of the track barriers was up to the task.