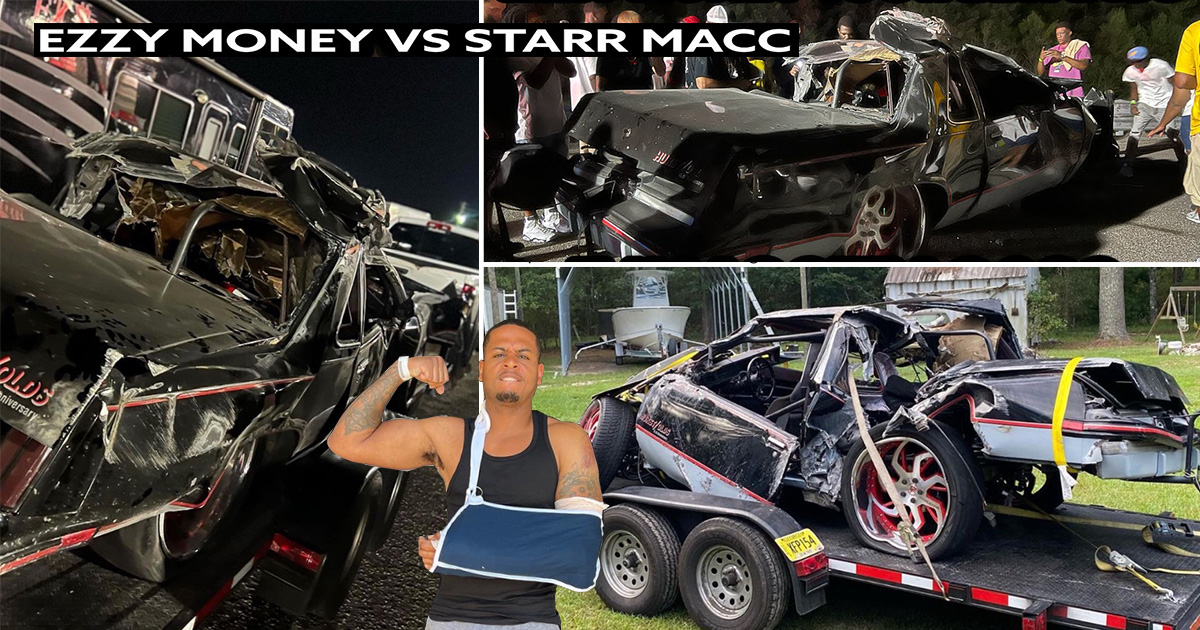 One of the wild things about drag racing is that competitors quite know what’s right over the horizon. One moment, everything can be going according to plan and the next, everything is literally going sideways as a machine might fail right underneath its driver and leave that individual in a precarious situation.

For the machine that goes by the name of “Ezzy Money” and it’s driver, Ezzy Jackson, this is precisely what would unfold during a race at Capital City Motorsports Park.

Even though Jackson was able to pull away from his opposition and make it to the finish line first, we wouldn’t exactly call this race a win. Following the competition at the big end of the track where the cars were at their fastest, Jackson’s Oldsmobile would end up going sideways and roll over, doing some pretty extensive damage to the car. Fortunately, while the driver did end up going to the hospital, sources say that he has since been released.

The car, though, was definitely in pretty rough shape. One bright spot, though, is that it does appear as if all of the safety equipment that certainly cost a pretty penny did its job well. After checking in with an incident like this, it’s pretty easy to see why there are such strict safety standards at drag strips across the country and how that equipment can act in a situation like this to help save a life. Without it, this event easily could have yielded a much worse outcome.

In the video below, Donkmaster TV caught up with the scene from that night, following along with the race as well as the aftermath. A report from Dragzine says that Jackson already has found a replacement for his wrecked Cutlass and is making plans to return to the track once again.

« Do You Have to be a Psychopath to be as Good as Michael Jordan and Tiger Woods?