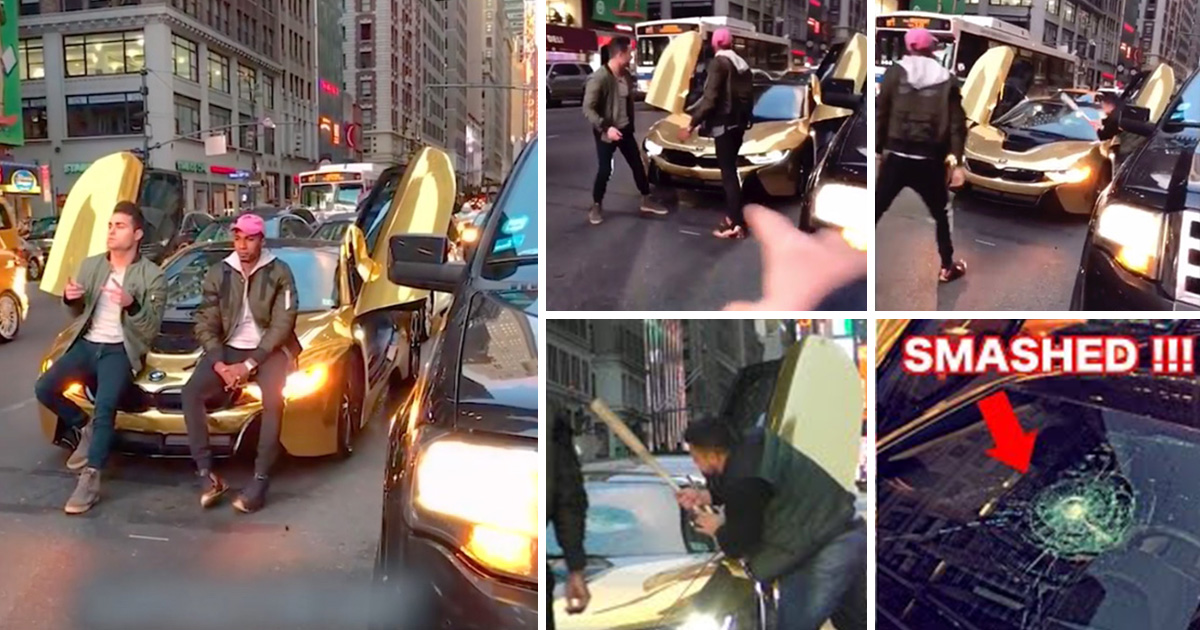 Even those who have only seen New York City through videos know that the city tends to have a mind of its own and the people there can be downright wild. With so many people living on top of one another, there’s no shortage of crazy undertakings that we see from the people of The Big Apple.

In a video that has recently been circulating the web, we find a couple of guys who definitely show us how different New York can really be. The clip shows the pair posing on a gold-wrapped BMW i8 in the middle of an incredibly busy city street. What probably doesn’t come as a very big surprise to most is that it appears as if this little stunt seemed to anger the motorists who were trying to make their way down the busy road. Staged or not, parking in the middle of an incredibly busy street in perhaps the most crowded city in America is a wildly inconsiderate thing to do.

Apparently, another motorist thought the same thing and decided to take action. In fact, the individual would hop from his vehicle with the likes of a baseball bat, walking up to the BMW and smashing the windshield. This is something that not many folks would do but certainly had to be cathartic for a great many who were likely incredibly annoyed by someone who thought this was a good place for a photo shoot.

Some people in the comments argue that the situation is likely staged and with the state of social media these days, it probably wouldn’t shock us too much if the assessment was accurate. Tune in with a clip for yourself down below and be sure to tell us what you think of the incident that had a photo shoot gone awry.