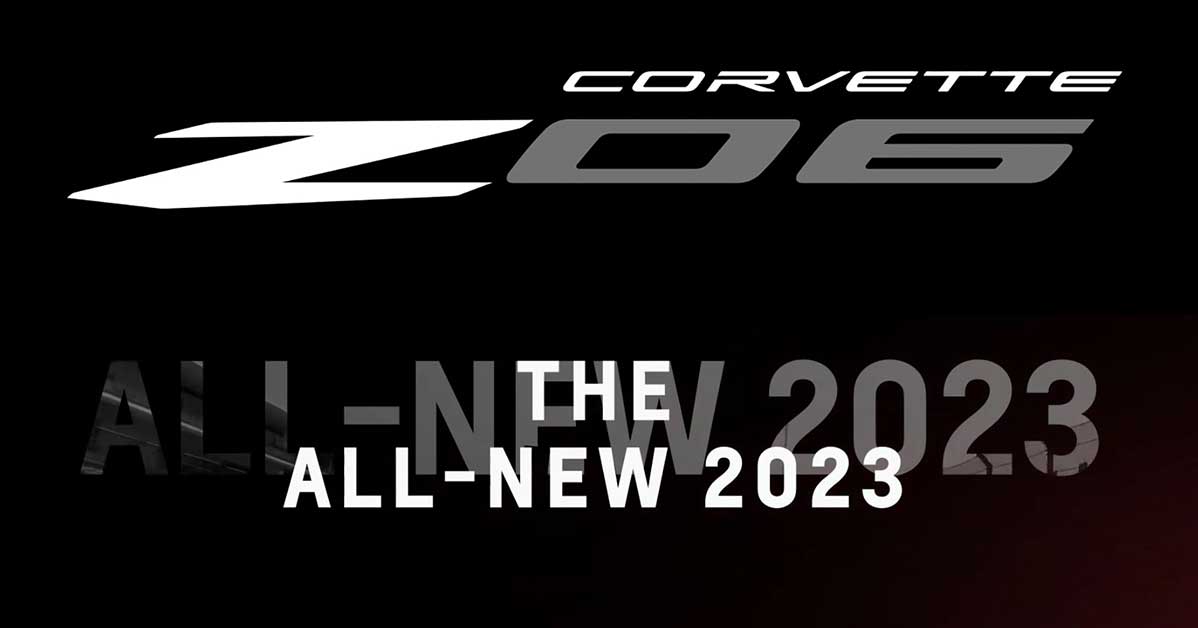 It’s about that time again. The general public has really familiarized itself with the C8 Corvette. With this generation, naturally, we all know that Chevrolet has created quite a bombshell, taking the Corvette as we know it and transforming it into what some might call a mid-engine supercar.

As exciting as the C8 has been, now is the time where we all begin to look toward what is next from the platform. For those who have been paying attention over the years, precedent says that it’s time for another trim level to be dropped here shortly. As it turns out, the next in the lineage is going to be the C8 Z06.

Recently, Chevrolet dropped a little bit of a teaser that is short and to the point but confirmed a couple of very key aspects. The C8 Z06 is due to be released this fall but we can expect to actually find these cars making their way to consumers in late 2022.

In the short teaser Chevrolet released a new logo that we can expect with the Z06 along with some of the audio content that will be produced by the vehicle. With the sound, Chevrolet is strongly hinting at the idea that the Z06 will be the recipient of a flat-plane crankshaft, something that has been in the rumor mill for quite some time.

Motortrend estimates that the crankshaft will find its self in something like a 5.5 L twin-cam V8. They also predicted it should make somewhere over 600 hp.

Those who have watched the progress of the model in past generations know that the Z06 will also likely come with features like more aggressive styling, a more aggressive suspension, and other details like different wheels and tires. Basically, almost all performance goodies are likely going to be upgraded just a little bit to make this thing a little bit more track-ready than a typical base model Corvette.

Down in the video below, we tune in with the sounds that seem to be bringing the Corvette just one step closer to a bona fide supercar. It’s certainly a topic of debate whenever one goes out and calls a Corvette a supercar. However, there are fewer and fewer things for the deniers to grab onto at this point.