When it comes to recent releases, the C8 Chevrolet Corvette and Dodge Durango ...

When it comes to recent releases, the C8 Chevrolet Corvette and Dodge Durango Hellcat are definitely two of the most powerful on their respective lots. While each machine is obviously different from the next, they both have similar goals in mind. The idea is that anybody who buys one or the other can get behind the wheel and be treated to the driving experience of a lifetime.

Naturally, this comes in the form of two completely different packages. However, when push comes to shove, maybe the Hellcat Durango and a C8 are a little bit more similar than some may think.

In the corner of the, we find a big and bulky SUV. On the outside, there are some distinguishing features that really make this thing stand out. However, at the end of the day, it is still a big and bulky heavyweight. There’s no getting around the fact that this thing is an absolute brick. However, under the hood, we find supercharged Hellcat architecture that’s capable of making 710 hp.

On the other hand, we have a car that is a dedicated sports car. The Corvette might not be able to pull around the family like the Durango or be able to handle any sort of cargo. It’s built to go fast.

While it’s only the base model Corvette and we will surely see more potent versions coming out, the C8 has really stood to impress, even at its most basic trim. When all is said and done, the car makes 495 hp which ends up going through the rear wheels. This isn’t quite the 710 hp combined with AWD capability produced by the Hellcat Durango but obviously, the C8 is lighter by a bunch.

This time, the folks over at Hennessey Performance take the liberty of comparing these two amazing machines to one another. Sure, the SUV is making more than 200 hp over what the Corvette is capable of. However, could that be enough to push it past one of the most advanced performance machines that Chevrolet has ever offered? 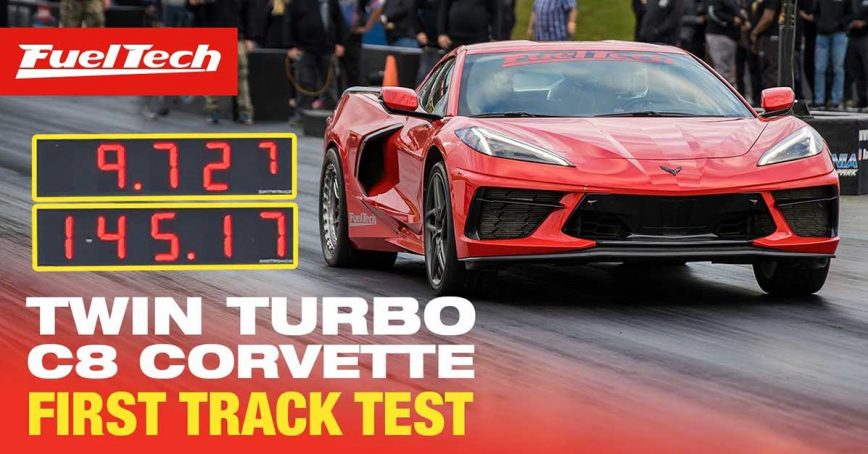