Building a Submersible Ship That Can Transport 20 Mega Yachts 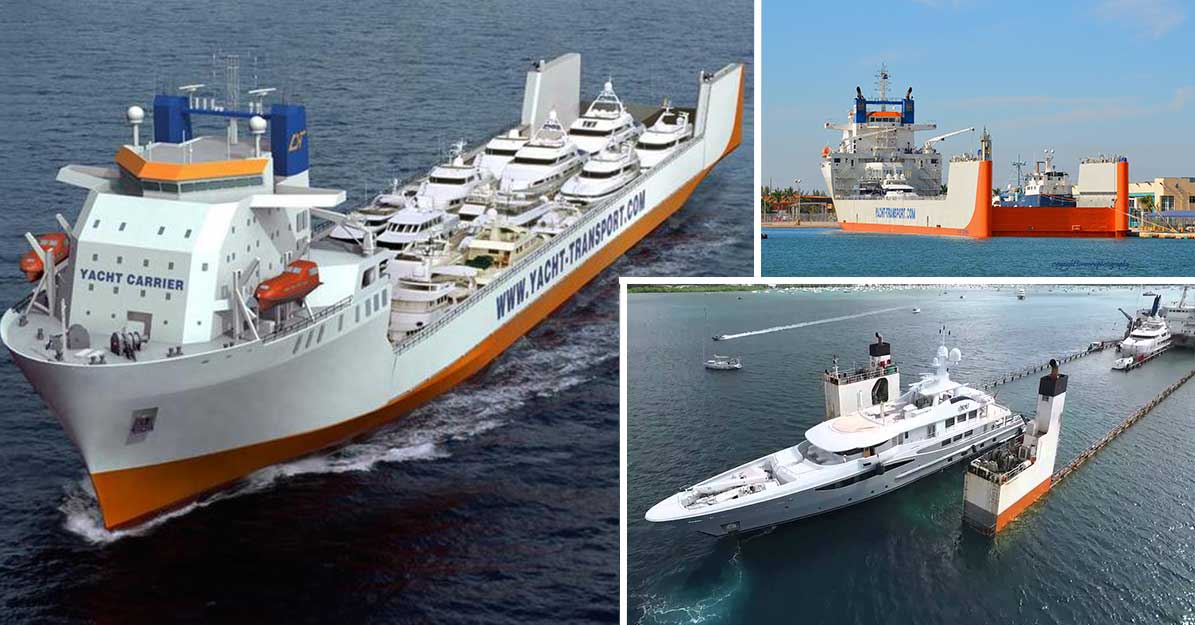 When most people think of mega yachts, they don’t think of transporting them. After all, these yachts do have their own power onboard and they’re big enough to be able to handle some pretty rough seas. Therefore, those who aren’t too familiar with what it’s like to own one of these things, which is most of us, might not realize that there are companies that specialize in moving yachts around.

Yacht transport can be done for a variety of different reasons.

First and foremost, making a journey across the ocean is a long and challenging one. Let’s just say that out in the middle of the ocean, while we do have helpful things like GPS, running into challenges isn’t something that a billionaire is really going to want to do all that often. There are some who are up to the challenge and might get a thrill out of it but most probably would rather do things in another way.

Even for those who aren’t afraid of the challenge, there are just certain situations where you don’t want to spend days of your time traveling across the ocean. After doing it once or twice, this adventure begins to sound a little bit boring. For billionaires, why would they bother to spend their time making this venture when they could easily hop on a private jet and make their way to a hotel for a couple of days while their yacht trails behind them?

In addition to saving time, yacht transporters also save abuse on the equipment by avoiding such a long journey. Even though this sort of transport can come with a six-figure price tag, paying to have your yacht moved is probably cheaper than replacing one of the expensive engines on board.

Of course, where there are willing and paying customers, there is a business that’s willing to take on the job.

This time, we check in with a video from Spark that explains exactly how this business works and what the different options are. As it turns out, doing something like shipping a boat that spans hundreds of feet long isn’t as simple as it might sound. Instead, this time, we approach an interesting submersible platform that can be used to get these vessels to where they need to go. The particular case observed in this video observes a $130,000 trip that takes a yacht from Italy all the way to Florida.