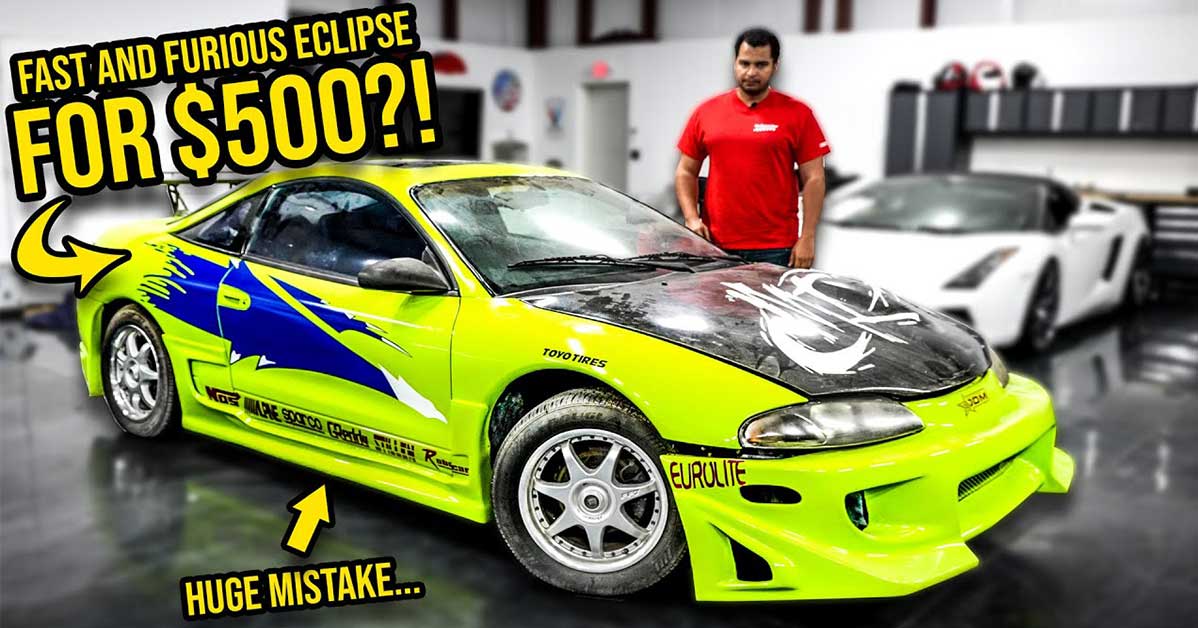 How cool would it be to have one of the hero cars from your favorite movie in your own personal collection? Being able to walk out into the garage and look at a machine that you fell in love with on-screen has to be a unique feeling.

For those looking to do so, though, there is a slight barrier to entry. Generally, in order to get the actual cars from the movie or maybe a well-done replica, there’s going to be quite a bit of cost associated with either one. Taking a step down from there, some people decide to build tribute cars that aren’t exactly the same as the vehicles on-screen but might come close.

This time, we check in with YouTube creator, Tavarish, as he has picked himself up a Fast and Furious Mitsubishi Eclipse. However, in his own words, this one seems to fall short of not only being a replica but also of being a tribute. Sure, it might look like somebody had the original Fast and Furious Eclipse in mind when they built this car but the execution here just doesn’t really come together.

In the video, we learn not only what makes this car so bad. In addition, we get to learn a little bit about what makes building a proper replica so difficult. Unlike some other movie vehicles that might be closer to factory form, just about every single part on this movie vehicle was custom. In addition, many of the components from the car that we saw in the movie were discontinued back when the movie was created. Just imagine how difficult it would be to find something today that was discontinued in 2001.

By following along with the video below, we get to dig into a car that really helps us to appreciate a well-done replica car a little bit more.