California Government Claims Diesel Trucks are Racist, Looks to Ban Them by 2035 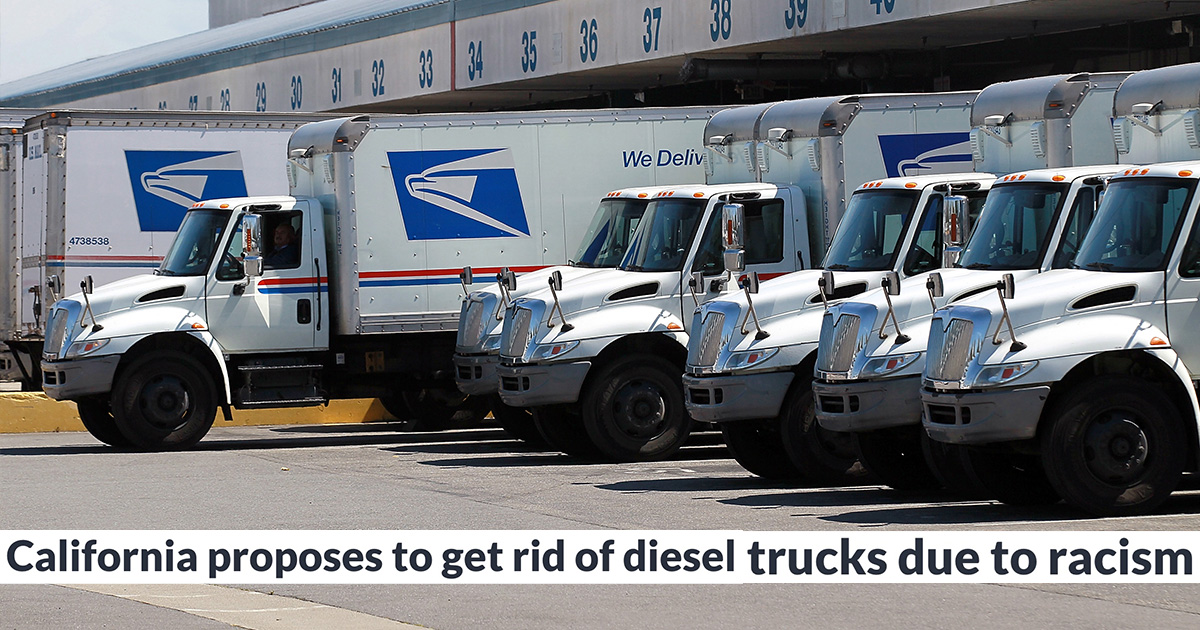 Sometimes, we can’t help but wonder if satirical news sites are having trouble staying alive as reality begins to look a lot more like satire every day.

We have to preface this one by saying that it is NOT satire but instead a very real concern for the California Air Resources Board (CARB). Per the government agency’s website, its mission is “to promote and protect public health, welfare, and ecological resources through effective reduction of air pollutants while recognizing and considering effects on the economy.”

Recently, CARB popped up in the headlines when the agency basically alluded to diesel-powered trucks as being racist. Their plan is currently grappling with banning these “racist” trucks to help satisfy its aforementioned mission.

Per Daily Caller, CARB is taking a look at regulations that would ban the sale of all diesel semi-trucks by the year 2040. These commercial vehicles do not appear to be a part of the state’s already pending plans to cancel the sale of new combustion-powered vehicles by 2035.

Ok, so how exactly can a truck be racist?

Daily Caller quotes CARB saying, “Decades of racist and classist practices, including red-lining and siting decisions, have concentrated heavy-duty vehicle and freight activities in these communities, with concomitant disproportionate pollution burdens,” the regulators stated. “CARB has legal and moral obligations to lessen these burdens.”

They continue “Black and Latino’s populations experiencing significantly greater air pollution impacts than white populations,” CARB added. “Communities in and around ports move much of the nation’s freight, and so experience pollution on a national scale in their neighborhoods.”

In other words, the agency thinks that the emissions coming from these vehicles somehow disproportionately impact low-income and minority communities due to zoning policies.

We will know more about if diesel trucks will actually be deemed racist enough to cancel on October 27 when the board casts its vote on whether or not they want to ban diesel-powered semi-trucks. In addition, the blanket of regulations would also cover government vehicle fleets.