Can You Use Bacon Grease as Engine Oil? Let’s Find Out! 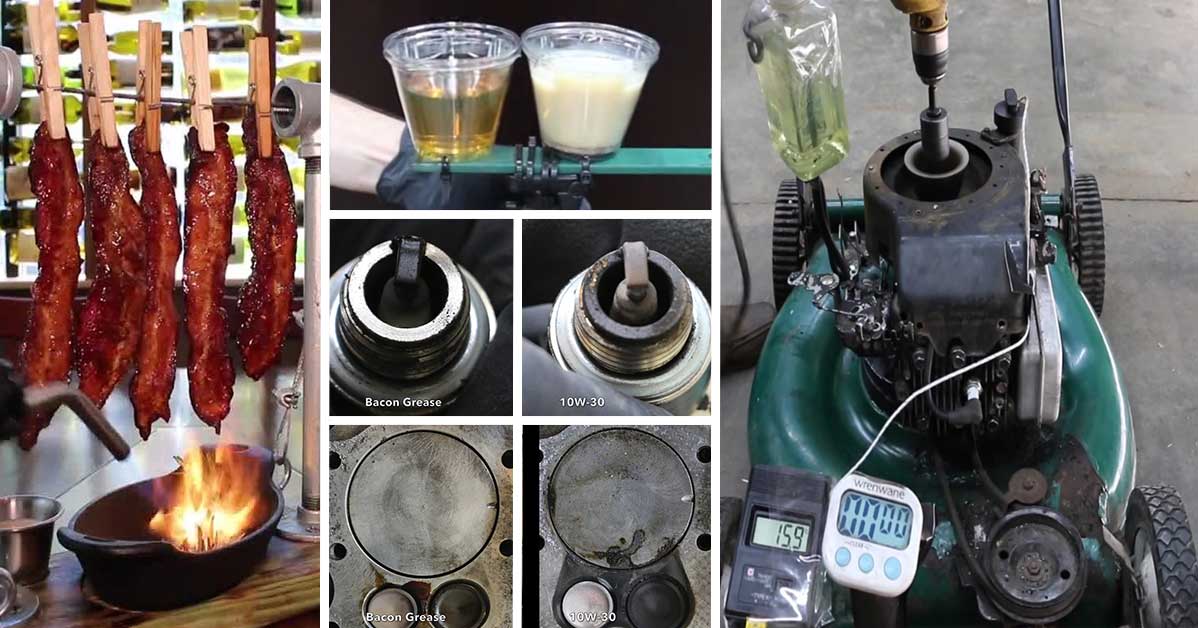 Engine oil is one of the most important components of operating an internal combustion engine properly. Without it, things wouldn’t go smoothly at all. In fact, not only would they not go smoothly but the operation would probably come to a halt entirely. Getting anything but engine oil where engine oil is supposed to go seems like a pretty big formula for disaster.

When we think about the concept of this sort of oil, though, it leads us to wonder if there’s any sort of replacement that could step in for the familiar substance. After all, there are all sorts of synthetic concoctions that have been designed by oil companies in order to allegedly create less friction than typical oil. Are there any common things in the kitchen cabinet that could act as motor oil to helping the engine in the same way?

Down in the video below, we get to join in on the test that we never knew we needed to see until now. As of today, you can now officially say that you are the expert on how exactly bacon grease would work out inside of your engine…. just in case the topic ever comes up.

« Dude’s Friend Had no Idea he’s a Pilot, “Steals” Plane in EPIC Prank