Dude’s Friend Had no Idea he’s a Pilot, “Steals” Plane in EPIC Prank

Dude’s Friend Had no Idea he’s a Pilot, “Steals” Plane in EPIC Prank

What would you do if you hopped in an airplane with a buddy who you had no idea had a ...

What would you do if you hopped in an airplane with a buddy who you had no idea had a pilot’s license and all of a sudden this buddy started to fly out of nowhere? We would think that most logical people would probably have at least a couple of questions, that is after they find a way to shake themselves out of the shock that they are now in.

This time, that was exactly the situation that we found as YouTube creator, ROT8 & AV8, decided that he wanted to pull a little bit of a prank on his buddy. You see, our host here has spent over six months working toward a private pilot’s license but he also kept it a secret from everybody, especially his friend that you see in the video here.

He would tell his buddy that the owner of the plane in question who was just around the corner allowed him to start the engine and do a couple of preflight checks before the owner would end up coming back and getting in the plane to take over the controls. However, the trick here is that the owner was never going to come back, and eventually, this secret pilot, if you will, decided to just takeoff, relaying the message to his friend that, well, “I’m just going to fly the f****** plane, I’m just going to go!”

Down in the video below, we get to check out the enjoyable experience as the target of this prank is in absolute awe of what exactly just happened in front of him. I’m not sure that I would be able to deal with a situation like this as I’d probably be begging, in terror, for the man behind the controls to stay on the ground!

We would say that this is a prank well done! 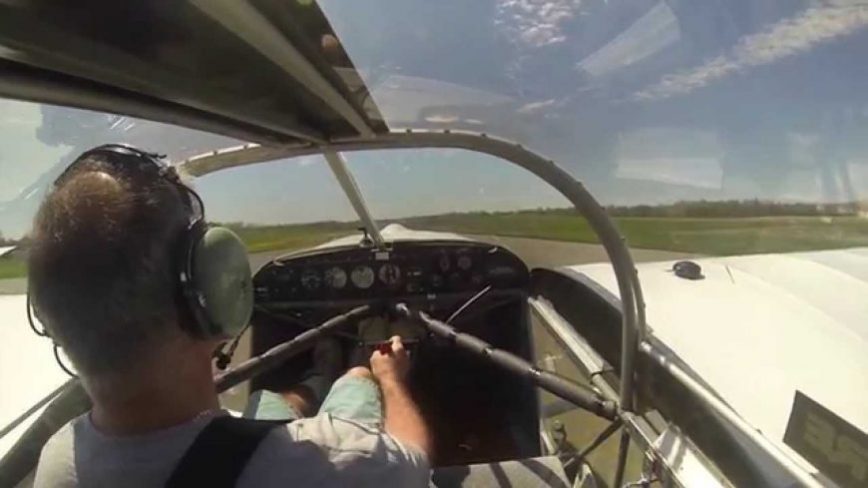