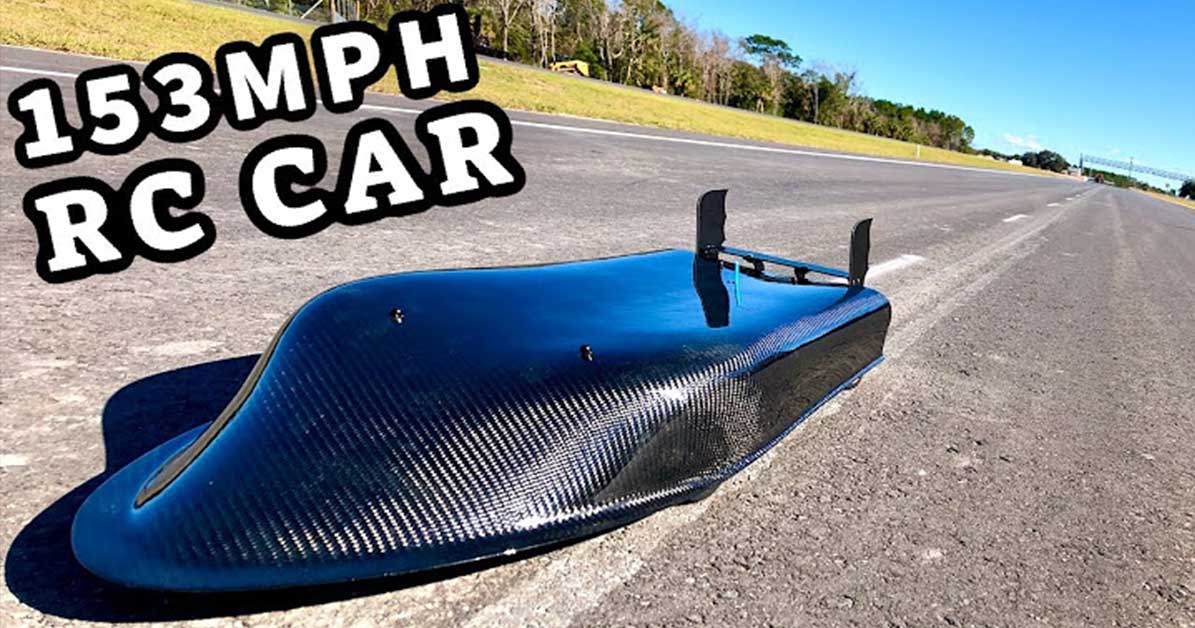 For those who have never delved into the remote control enthusiast community, allow us to inform you that it gets pretty wild from time to time. There is definitely a lot of money that can be spent here and that this money can buy are sometimes downright crazy. For those who want to go above and beyond even further, they might even take it as far as creating their very own vehicles in order to go out and accomplish whatever task they might be thinking of.

There are all sorts of different subcategories as well. Not all remote control vehicles are created equal as some like to scale down the real world and have a replica experience. Others, though, like to push the boundaries, climbing rocks or maybe breaking speed records. This time, we check in with the latter as one YouTube uploader is pushing the boundaries on top speed.

Down in the video below from Raz Shifrin, we get to join in with a feat that is impressive by any stretch of the imagination. Traveling 150 mph is something that’s incredibly difficult to accomplish no matter what the vehicle is. This time, though, it appears as if the ride in question is none other than a tiny remote control car with a custom carbon fiber cover. This cover appears to not only attempt to shed weight but also do everything that it can in its power to help the car become aerodynamic enough to make its way to insane top speeds.

Down in the video below, we watch as this crazy RC makes its way all the way up to 153 mph before running into a couple of technical difficulties. Just like in real life, remote control cars need to have everything aligned perfectly in order to achieve their top speed. It turns out that this time, ground clearance ended up being an issue as downforce ended the day with a crash.