Carjacking Gone Wrong as Thief Gets Run Over 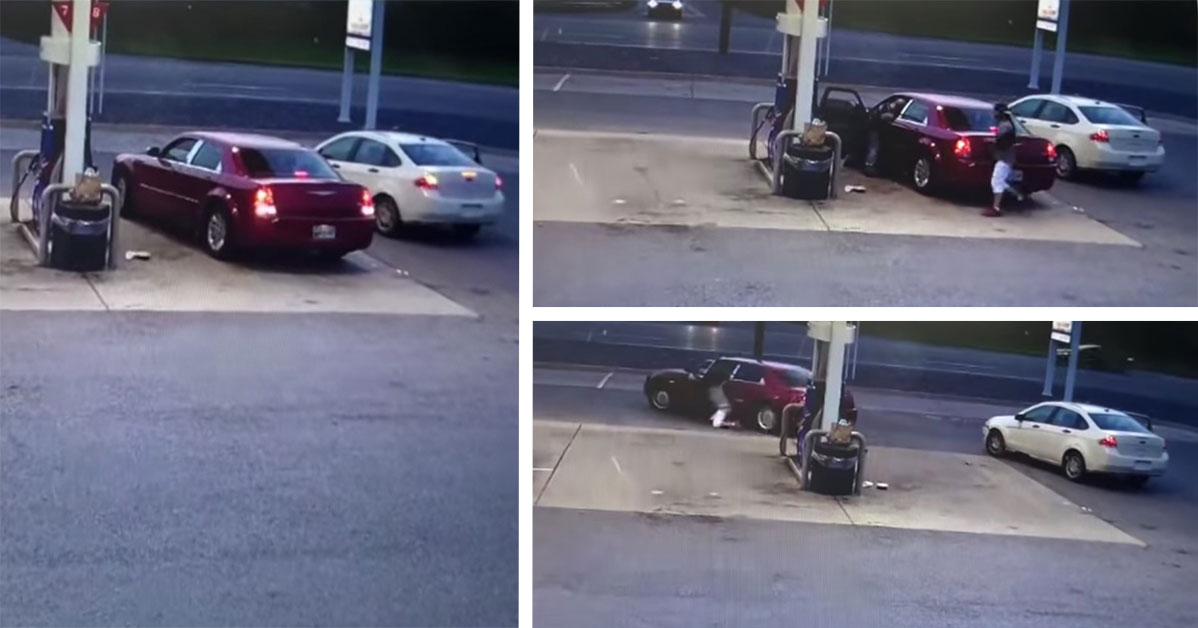 For those of us who are just plugging along and living our lives with decent moral standing, watching somebody try to steal a car can be pretty frustrating. There’s just something about a criminal attempting to make their way off with somebody’s hard-earned vehicle that doesn’t sit right with us.

However, apparently, there are a variety of people who don’t exactly hold the same morals. These folks will do whatever they can to get their hands on anything that isn’t bolted down regardless of whose life they are messing with or the consequences.

This time, we check in with a car owner who got a little bit of a consolation prize after a couple of carjackers attempted to make off with his Chrysler 300C.

In the security footage, we watch as the Chrysler owner sits at a gas pump. From there, a white Ford Focus with the suspects inside pulls up and they begin their routine. While one of the crooks attempts to go through the backseat, likely to either distract the driver or try and find something with value, the other attempts to get the driver out of the front.

Fortunately, the story does have a happy ending for the innocent party. As the driver sees that something isn’t right, the individual pulls away from the pump as one of the crooks holds on!

Things probably didn’t feel so good for the criminals. On their end of the bargain, one of the guys actually ended up getting dragged by the car and it appears as if maybe he was run over as well.

Now, we aren’t ones to wish death on anybody, not even somebody so low as the scum trying to steal someone else’s car. With that, it does look like both of the bad guys survived. However, maybe the bumps and bruises that came alongside an incident like this could help this crook consider going straight.

« Jeff Lutz Starts the Journey of Rebuilding the 57