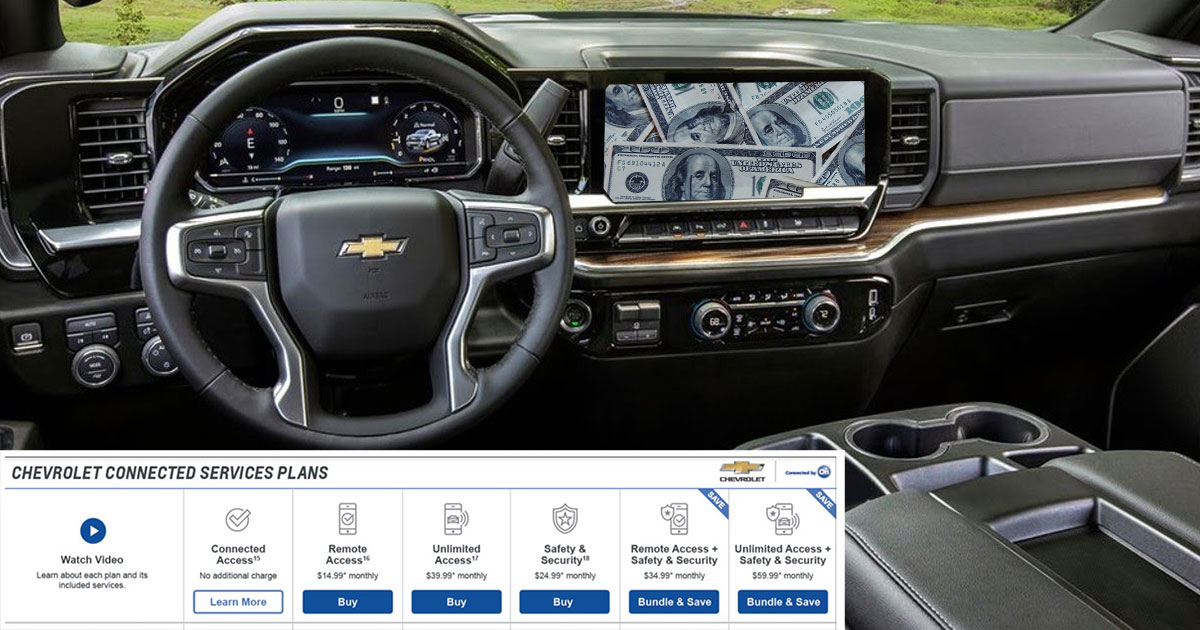 As far as businesses adding to their bottom line, the subscription model is one of the most coveted approaches in just about any industry. With such a model, companies now have the opportunity to sell a product over and over again every single month instead of just once.

In the case of car dealerships, this used to mean trying to get your customers to sign up for service. When the customer brings the vehicle back to the dealership, the dealership will be able to make money by maintaining the vehicle over time. In 2002, though, it seems as if automakers have figured out a way to rake in a little bit more money through the use of subscriptions that will charge vehicle owners to unlock features on their own cars.

In the case of Chevrolet, the company has released what it calls its “Connected Services Plans.”

These plans will sell features like remote access which grants someone the opportunity to lock, unlock, start, and monitor their vehicle from their smartphone. These features are included in the brand’s cheapest plan which starts at $14.99 monthly. Other plans include features like an automatic crash response, connected navigation, and an unlimited data hotspot. The most expensive plan including all of these features is $59.99 per month. 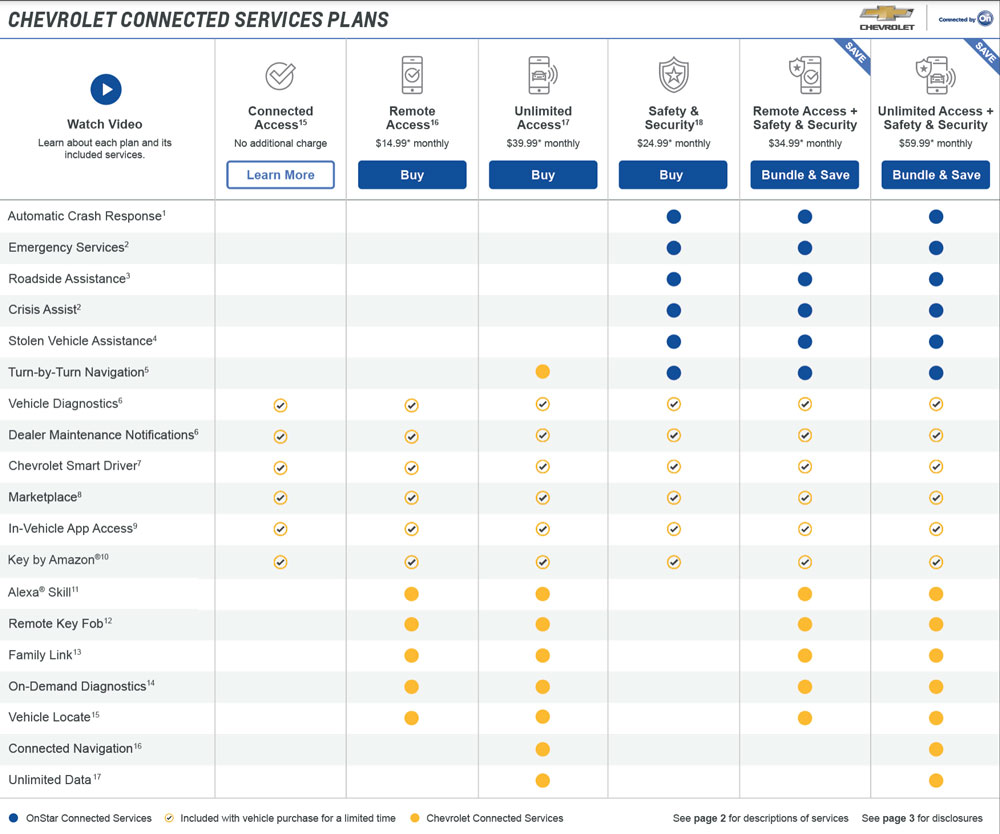 Certainly, when people have to pay a fee each month to unlock features that their car already has, it’s going to stir up a little bit of controversy. However, it seems as if the model that Chevrolet offers up is at least selling something that is going to cost Chevrolet money each month. On the contrary, companies like BMW have been tinkering with putting basic features of cars behind a paywall such as the use of heated seats.

Whether or not this type of business model is here to stay is yet to be determined. However, if it does stick around, we have reason to believe that Chevrolet will be able to rake in a monthly fee on every car that it produces for decades. Just imagine if you were paying to use features on that 20-year-old truck sitting in the driveway. This concept could very much be what we’re looking at over the next 20 years.