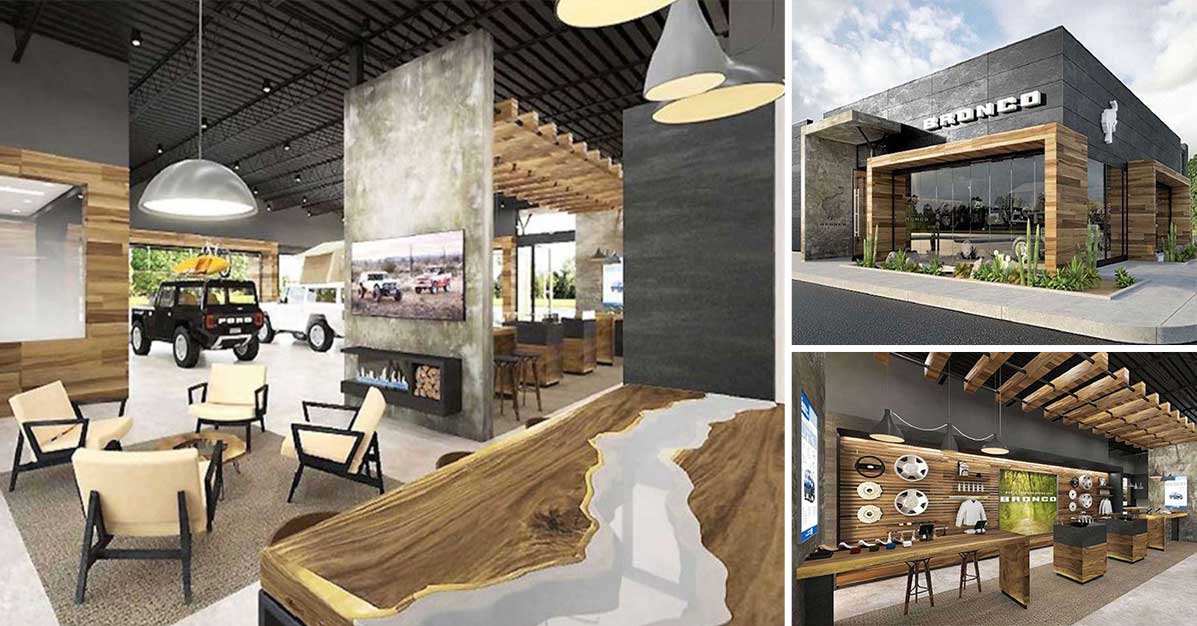 Marketing can be a pretty interesting beast. A creative ad campaign or presentation can be the difference between somebody electing to go with you or going elsewhere to a competitor, even when the products are about the same thing. Good marketing might even talk a consumer into a lesser product for the same price, in some instances.

With that, many brands attempt to throw their hat into the “lifestyle marketing” ring. Instead of simply selling you an SUV, perhaps, the company behind it might try to sell customers on the idea of what they might do with that SUV. We think that a brand that has done this particularly well is Subaru as they kind of present themselves as the fun and adventurous automaker. 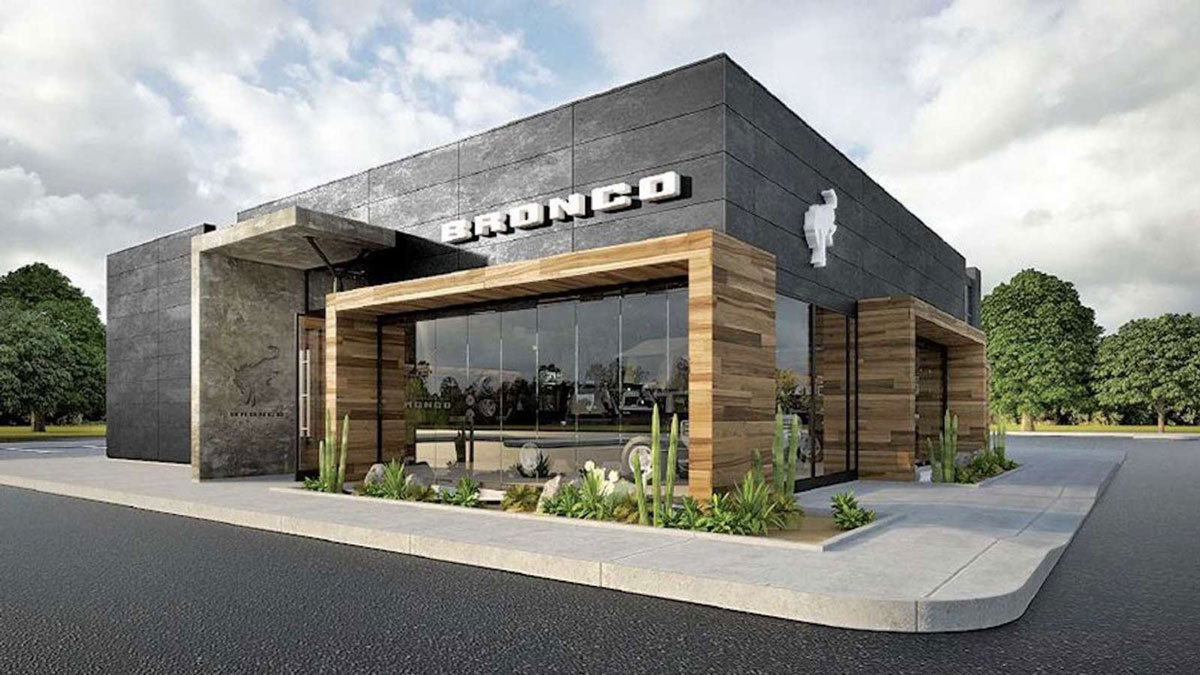 It seems as if Ford has plans to push the Bronco in this direction as they have given 100 different dealerships the green light to become a specialized Bronco-only store.

It’s no secret that the recently revived Bronco nameplate has been met with a great deal of success. In fact, 65% of people who laid out that initial $100 deposit have ended up following through with it which is pretty good. We’re told that demand is so high that it would make a lot of sense for the Bronco to have its own showroom. 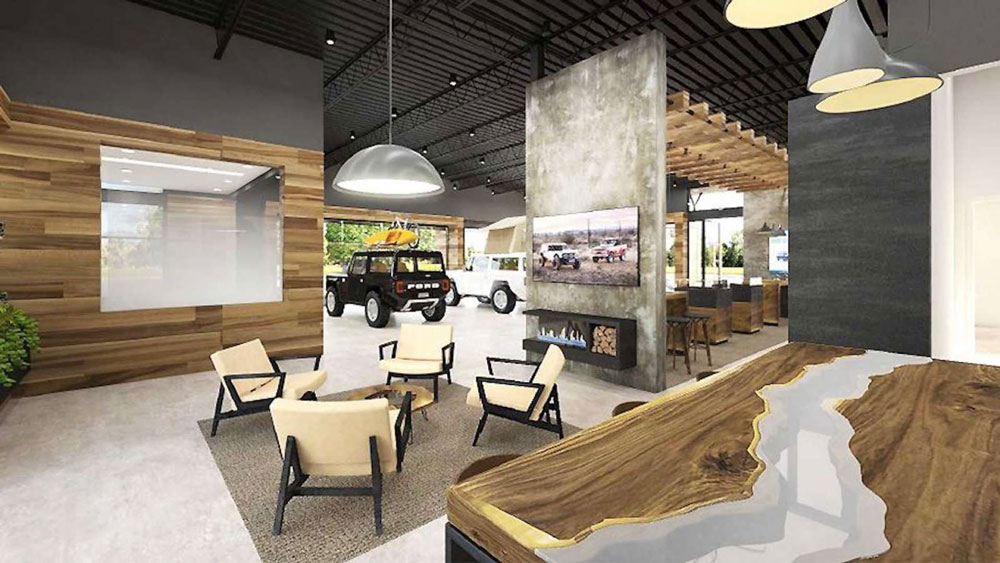 It seems as if Ford has realized that they struck gold with this one and they want to take the opportunity to sell as many as they absolutely can.

In order to do that, the brand is apparently trying out something new that won’t take the customer and drag them through a typical dealership experience. Instead, images provided by Ford to Automotive News show off a showroom that’s clad with all sorts of rustic and outdoorsy feeling materials. 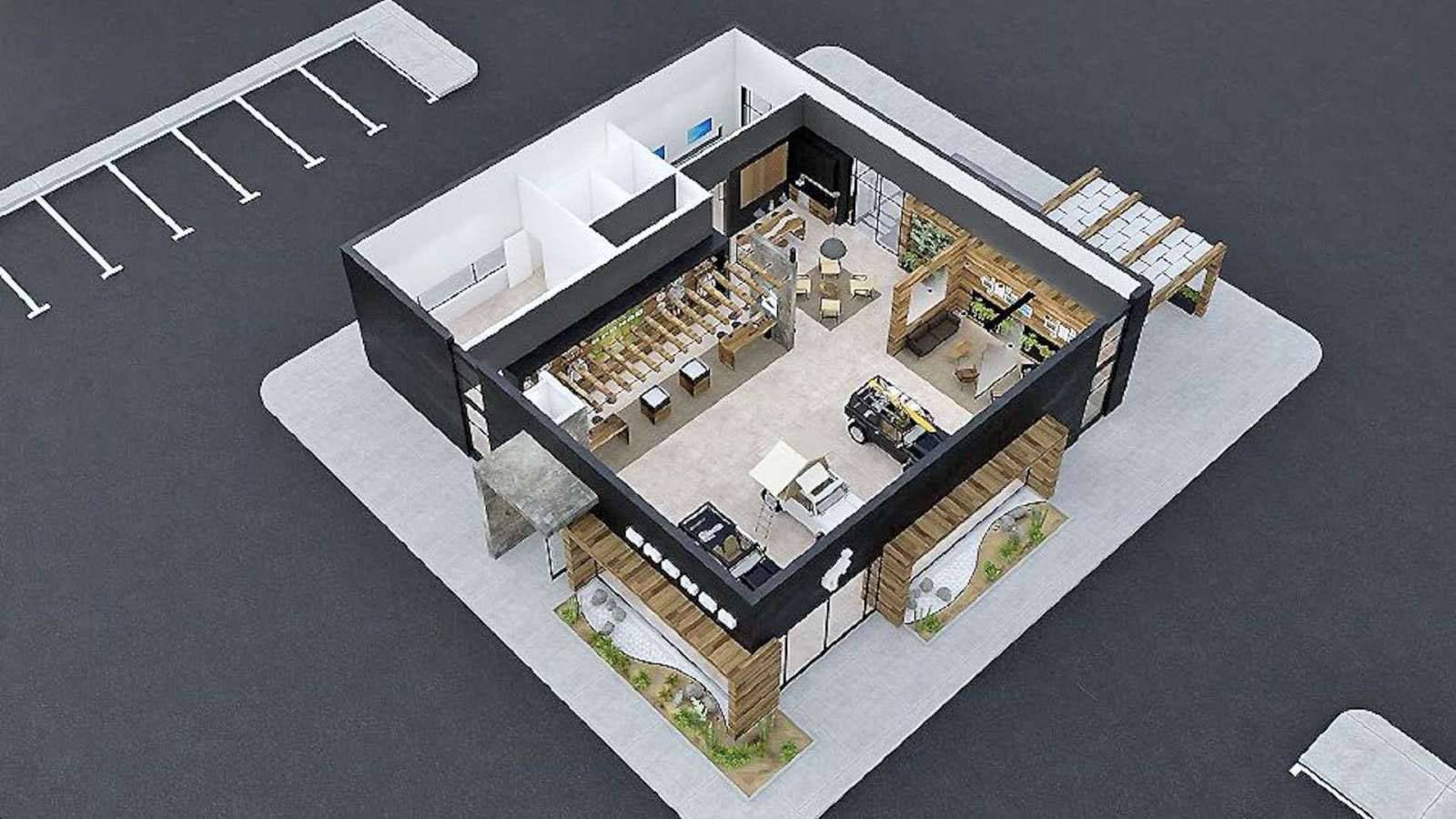 When we put things in perspective, this really makes too much sense. If we were to think about the average person who’s probably buying a Bronco, they likely don’t see themselves as a typical car shopper. They aren’t looking for that economy box that saves on fuel like everyone else seems to be. Instead, these enthusiasts elected to go with the more exciting option. Being able to present the Bronco in a light like this makes the idea of adventure even more prevalent and exciting. 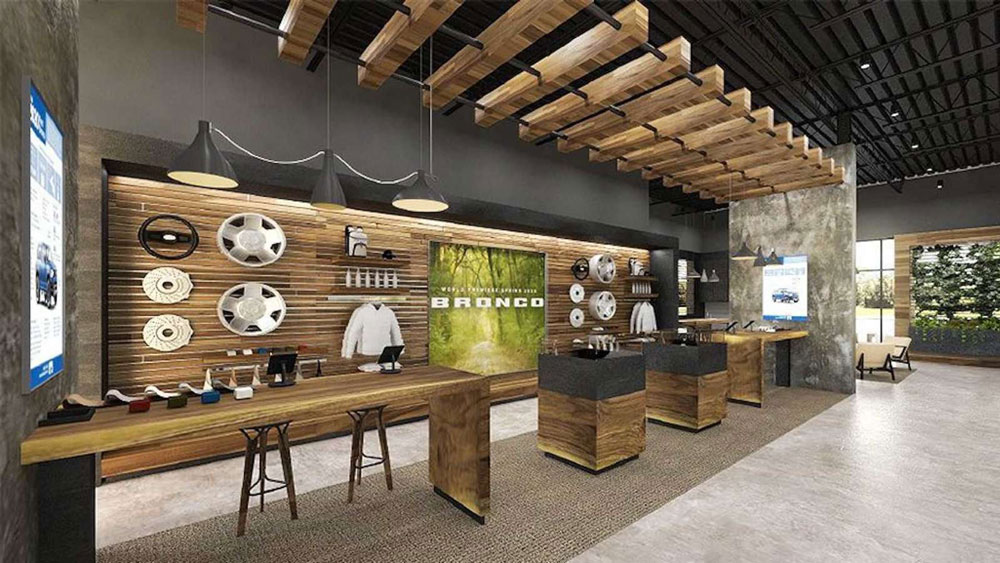 It will definitely be an interesting experiment to see how exactly a presentation like this impacts sales and if we might be able to see more standalone dealerships for other models across the market.