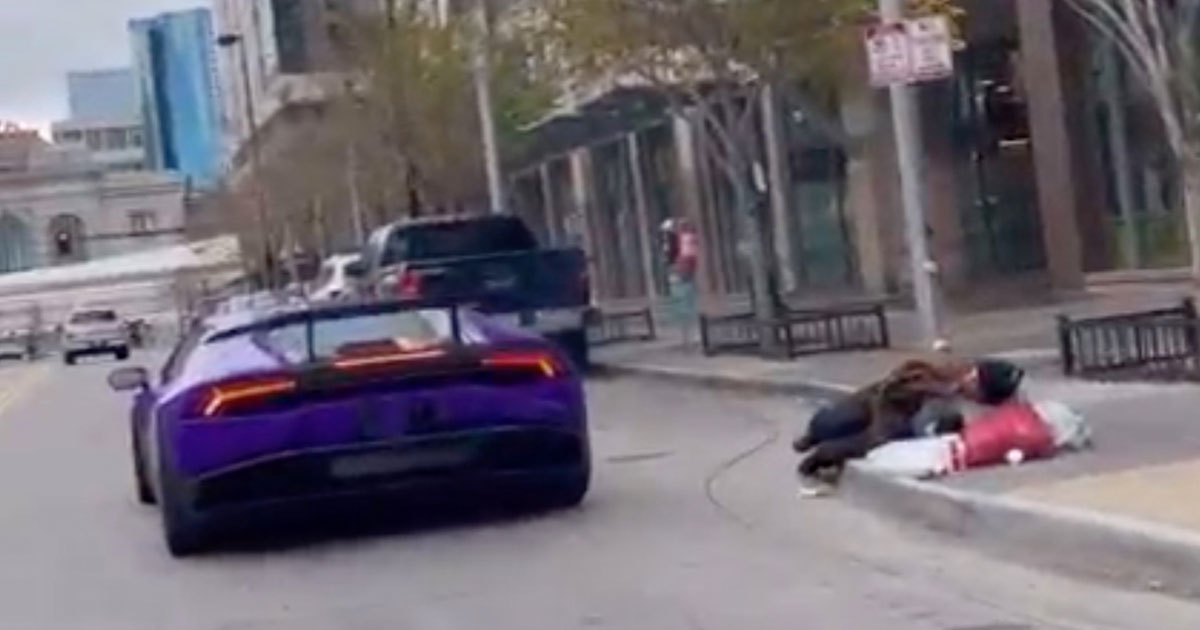 If we’re all being honest with ourselves, someone who buys a Lamborghini and wraps it in bright purple is more likely than not looking for attention (not that there’s anything wrong with that). When one Denver area Lamborghini owner decided to taunt a homeless person, though, let’s just say that he got that attention but it probably isn’t the kind of attention that anyone wants to have. It is, however, certainly one way to go viral for all the wrong reasons.

The video that would make any normal person cringe inside shows the brightly colored Lamborghini pulling over to the side of the road next to a homeless person. The person appears to be trying to find a little bit of warmth and a nap.

Perhaps this is the beginning of one of those videos where the owner of the exotic car decides to help another person out, hooking them up with some new clothes and a ride in their sweet exotic? Nope!

Instead, the owner of the Lamborghini thought it would be funny to harass the sleeping person by revving up the car and waking the person up, making a lot of noise and shooting flames in the process.

Someone nearby caught the whole thing on video and posted it to Facebook where it’s quickly getting a lot of views and has apparently encouraged the owner of the car to set his Instagram to private and potentially pull the wrap off of the car. As of the writing of this article, 129,000 people tuned in with most of the comments agreeing that the act is disgusting and shows a massive lack of empathy.

I know that we’re all human and all get caught up in being an idiot sometimes. Hopefully, this Lambo owner corrects his ways and uses that wealth of his for good instead of antagonizing people who have nothing. After all, it is the season of giving and all.

« Jeep 4XE Recalled Due to Sudden Engine Shut off While Driving