Launching A Giant Cigarette Boat Without The Trailer Touching The Water 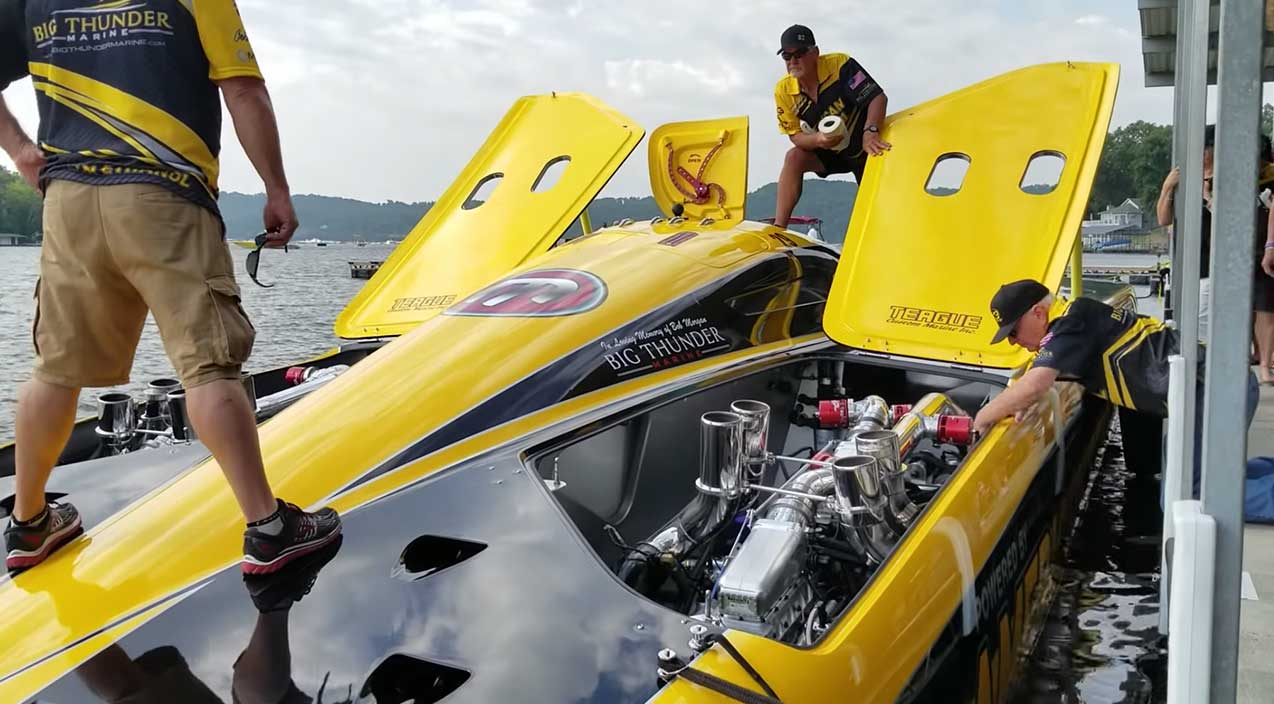 Just when we thought that there was tons of money being thrown around in the world of automobiles, along comes the world of boating to remind us that the turbo set up that we just put together is really only a drop in the bucket. Sometimes, while navigating through this world that happens in the water, we see some pretty amazing things. There’re some folks out there who are willing to spend some incredible amounts of money just to have something that nobody else has. Perhaps these things can be functional but other times it might just be to show off. For something like this, we will let you be the judge.

Normally, when it comes to the process behind launching a boat, the person in control will back to the vessel in the water before allowing it to float away and clear the trailer out. It sounds very simple, right? Well, with these folks, it turns out that they maybe wanted to have a tow rig that didn’t touch the water at all. Instead, someone decided to put together a collaboration of parts that would act as a mechanical arm to move the 51-foot cigarette boat. Instead of having to back into the water, essentially, this sort of lift would extend and drop the behemoth of a boat right on in.

Now, to many people, this might not be something that’s all that’s impressive. However, for those of us who are into all kinds of mechanical things, we can really see where craftsmanship comes into play here. For those who own a boat, something like this might just look like about the ultimate toy to help out with a day of playing in the water. The whole ordeal all comes without having to even get your feet wet, at that!

« Motorcycle Rider Crashes Directly Into The Back of a Cop Car!