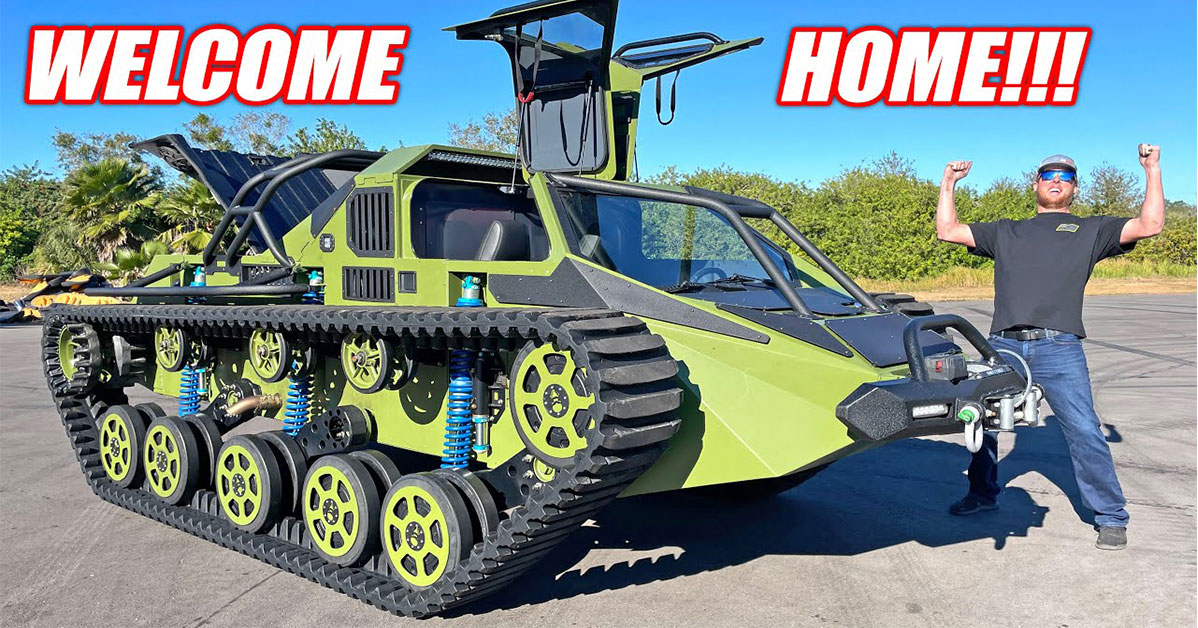 For those who follow Cleetus McFarland, they know that this guy is all about playing with the toys that ooze the most adrenaline out of the human body. Most probably know him for his antics on a paved surface. However, with one of his latest acquisitions, Cleetus is proving to everybody that his taste for motorsports action goes far beyond finished surfaces.

Instead, with his latest pick-up, we find something called a “Ripsaw” tank. Just like its intense name, the performance of the Ripsaw definitely follows through.

Once we get over the fact that the chassis provides a personalized tank which is crazy in and of itself, the power that we find under the hood is even more impressive. Making this beast go is nothing short of a 700 hp Duramax diesel engine.

When all is said and done, the personalized tank should be good for about 70 mph. In the scheme of things, for something traveling on the highway, that might not seem like a ton of seed. However, when we consider the fact that this monster of a machine can blast through just about anything and it’s going to be used primarily off of the beaten path, 70 mph is downright insanity.

Down in the video below, we get the luxury of taking a guided tour to see how exactly a machine like this is concocted. In addition to the initial tour that gives us the rundown of what we can expect from the Ripsaw tank, we also get treated to a little bit of the initial playing around with the new toy.

If the first baby steps of driving this thing say anything about what we can expect from the future of the tank, we’ve got a feeling that Cleetus’s viewers are going to be in for a great time.