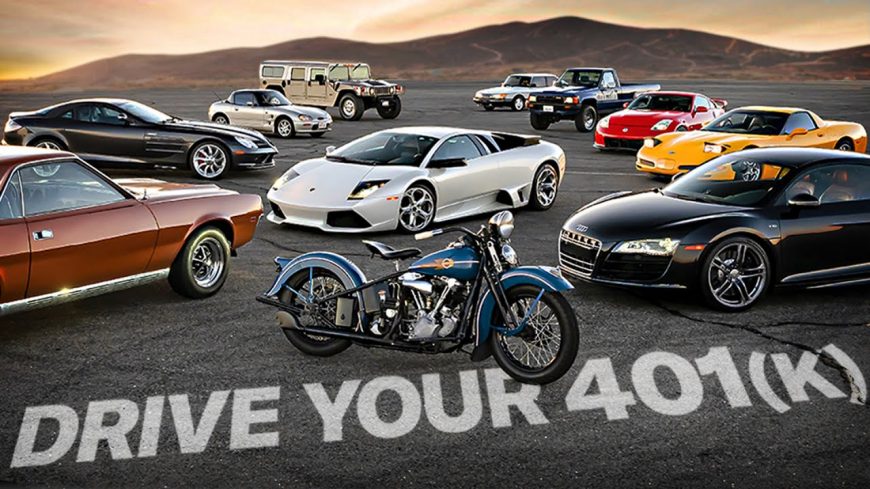 Historically, investing in the car market hasn’t always been the best idea unless one really knows what they’re doing. Sure, we all see the success stories of cars rolling across the auction block and bringing hundreds of thousands of dollars when they were originally purchased for maybe just a few thousand bucks, if that. However, these stories are few and far between and it’s probably pretty unlikely that whatever hot rod you have sitting in the garage is going to be the one to really bring the big bucks.

However, while it’s probably not likely to that the average enthusiast can pick out cars that are going to be worth a ton of money, we didn’t say it was impossible. After all, there are a LOT of cars bringing some serious cash at Barrett-Jackson.

If there’s one group of folks who can probably shed a little bit of light on the cars that might bring some pretty serious financial appreciation, it would be the classic car experts over at Hagerty.

While even though I admit that something like this isn’t an exact science, these folks have been around the block a few times and can give us some sort of feeling of cars that they think are candidates to trending in the right direction.

This time, with host, Jason Cammisa, we hop into what Haggerty calls the 2023 “Bull Market.”

Some of these names are certainly on the high-end but others might be cars that are well within reach for the average person. Tune in with the video below to see which 10 cars are poised to take a jump in value and if you might just have one of these things sitting in the garage. We never know what the future might hold but for the owners of these rides, it could be bright!