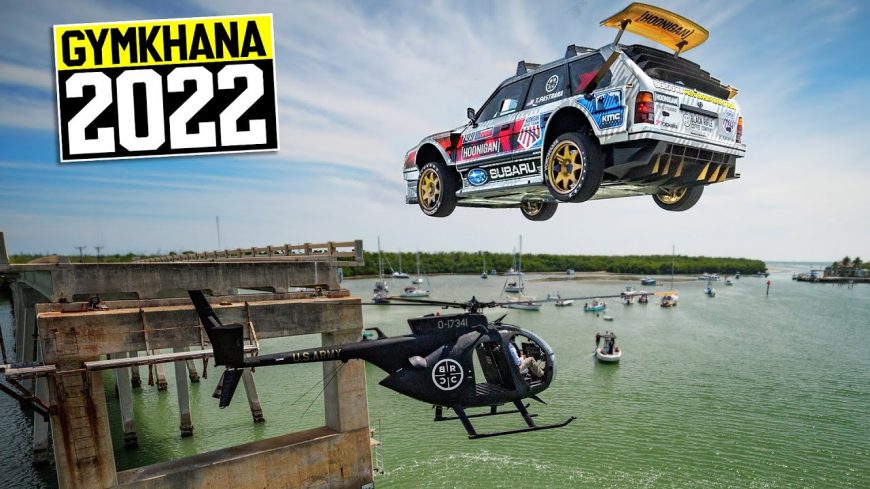 We’re not really sure how they do it, but every every time the Hoonigan crew puts together another “Gymkhana,” they somehow manage to one up themselves. For those who are unfamiliar with the series, it’s basically a massive stunt show featuring either Ken Block or Travis Pastrana and one of their trusty rally-style rides ripping around and doing everything they can to creatively defy physics.

Certainly, those who are familiar with the series have to have their favorite episode or favorite stunt. However, the fact that the series can keep the stunts fresh and leave our jaws on the floor every time is nothing short of impressive, with this installment being no exception.

This time, Pastrana heads down to the home base of Florida man and breaks out his 862HP Subaru wagon to put on an absolute show.

You know things are about to get serious when the Subaru is thrust into the air and grinds a rail like a skateboard as the opening act. From there, things only get better, though, as the car is put through the wringer including a display that has the car jumping a drawbridge, 2 Fast 2 Furious style. There’s even one part of the action where the Subaru lines up with popular YouTuber, Cleetus McFarland, and his “Mullet” drag El Camino to do some side-by-side competing.

Each Gymkhana installment does its own thing in a special way. With this one, though, we get the feeling that Pastrana tiptoed closer to the edge than we have ever seen before. As the Subaru goes airborne several times, we can’t help but hold our breath and hope for the best. Pastrana even sends the car airborne at an incredible rate of speed at one point, having us thinking that this thing was a goner. Fortunately, the man behind the wheel has some serious skills and put them to use in this epic video.