Some 25 years ago on July 17, 1996, TWA flight 800 would leave JFK Airport headed for Paris. However, the flight wouldn’t last very long as moments later, the aircraft would end up falling from the sky, brutally crashing in the Long Island Sound. There were no survivors following the crash that was said to have been caused by an electrical spark that ended up making a fuel tank explode.

In pursuit of the truth about what happened on that day, investigators would track down many parts of the plane and reassembling what they could find. The remnants of the aircraft currently sit in a hanger outside of Washington D.C. The assembly actually goes a long way toward resembling an entire plane.

However, now, the NTSB says that the wreckage has served its purpose and will be destroyed in respect to those on board. However, this won’t come until a virtual scan allows the reconstructed aircraft to be used as a training tool. Up until now, the unit has been used as a training tool for aircraft investigators but the physical version of it apparently is no longer necessary due to modern technology and the ability to access the plane’s structure without being in the room.

Some have brought up the idea of transferring the plane to a museum but the decision to destroy the remnants has been made out of respect for the families of those lost.

By following along with the video below from Inside Edition, we get the up close and personal view to see how exactly investigators pieced back together with the airplane in order to make it a tool that could be very useful in the name of preventing future incidents like this. It’s pretty unbelievable how they not only found much of the plane but also managed to put it back together to paint such a cohesive picture.

Airplane Goes Down During Airshow, Narrowly Missing Swimmers at Beach 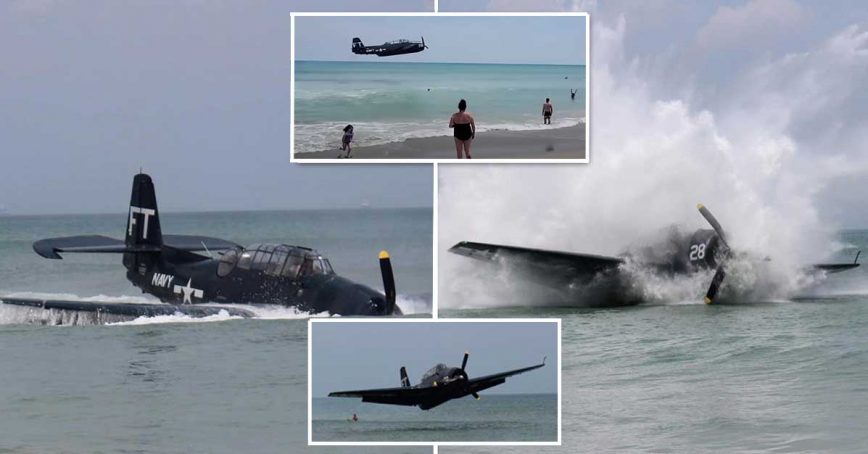