What Really Happened to Daddy Dave in SGMP Wreck?

What Really Happened to Daddy Dave in SGMP Wreck?

As many of us know at this point, Daddy Dave and Goliath went down the lanes at the ...

As many of us know at this point, Daddy Dave and Goliath went down the lanes at the No Prep Kings race at South Georgia Motorsports Park only to be met with an abrupt ending. After throwing down with Bobby Ducote, at the top end of the track Dave would end up losing control of his car and putting it into the wall, doing some pretty serious damage.

Speed Societys Charlie Rose caught up with Dave to talk a little bit about exactly what happened and what fans can expect to see next from one of the top competitors on No Prep Kings.

When speaking on what exactly caused the accident, Dave didn’t seem to have a definitive answer. In the video, he infers that maybe he “Just ran out of talent.”

However, what he did tell us is that hopefully it won’t be very long until he’s back out in action again. From what Dave tells us, the damage to his car was a little bit unsightly but things weren’t exactly as bad as they looked. In fact, Dave tells us that the car will probably be back from the chassis shop and almost ready to roll again before all of the parts even come in.

He chimed in with the fact that the fiberglass and carbon fiber components will probably be what will take the longest. The lead times that some shops have built up due to COVID backups are going to certainly create a little bit of a waiting game as the custom components come together.

After being asked if the incident shook Dave up at all, he seemed to respond in his confidence in the build, specifically the chassis builder, saying that the incident really didn’t shake him at all.

Down in the video below, we finally get to catch up with Dave after a couple of weeks. He says that he’s just been so busy trying to get things back on track that he hasn’t really had time to update us but now that he has, we get a feeling that it’s only going to be a couple of weeks that Dave is out of action with Goliath.

In lieu of the Nova, we’re told that Dave will be competing in the daily drive class in the meantime with his Chevrolet S10 as he is currently getting ready to take it to FuelTech to make sure everything is ready to rip. 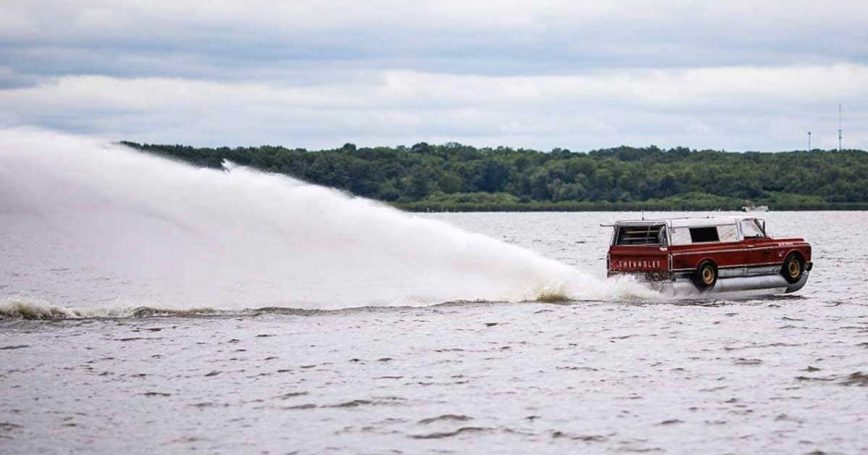