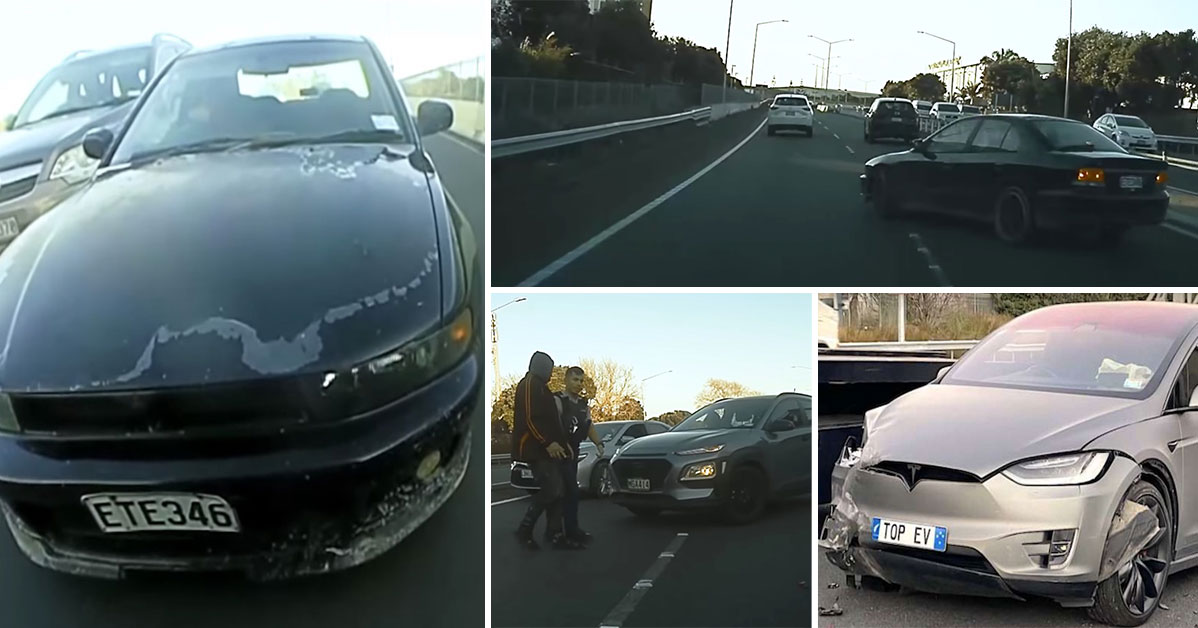 Sometimes, I think that road rage can get the best of most of us. However, for the majority of folks, being angry at another driver in traffic usually doesn’t escalate to the point where you’re trying to run them off of the road. In fact, we would probably argue that there’s pretty much no good situation where another driver’s actions should call for a need for violence.

In this particular situation, though, the driver of a Tesla Model X ended up running into another driver who simply wasn’t going to let his anger go by the wayside. According to the driver of the Tesla, it would appear as if this road rager had been under the influence of some sort of mind-altering substance.

The anger seems to have stemmed from the driver in the black sedan being upset that the Tesla overtook him. From there, instead of shrugging it off, the driver attempts to get in front of the Tesla and stop the vehicle in traffic to escalate the situation to a physical nature.

It does seem as if the person behind the wheel of the Tesla has a good head on their shoulders as they do everything they can to avoid the situation. However, eventually, the irate driver of the black sedan seems to have had enough. He no longer wants to get out of the car but instead, decides to use his vehicle as a battering ram on a public highway.

Down in the video below, we check in with the incredibly odd situation that just keeps getting worse and worse as time goes on. Eventually, things escalate to the point where the driver in the sedan rams the Tesla and things end up getting pretty brutal. When all was said and done, $45,000 in damage was done to the Tesla and the driver of the sedan was slapped with a litany of charges.