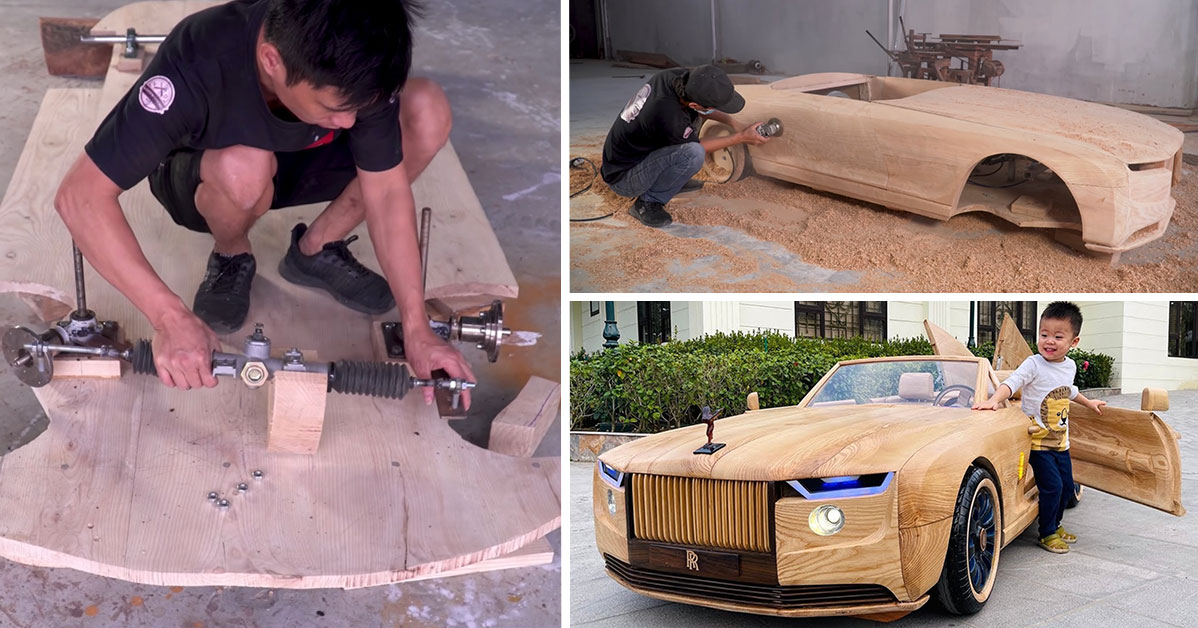 When it comes to kids’ toys today, just browsing the Internet, we find some pretty awesome things that we wish we had when we were younger. For example, if you take a look at Power Wheels, the level of detail is pretty amazing. Youngsters can hop behind the wheel of all sorts of miniaturized realistic machines that one might see on the street. If a motorhead looks at that and tells you that they are a little bit envious that their childhood didn’t consist of something like that, they would probably be fibbing a bit.

This time, though, we check in with a creation that’s even cooler than the detailed machines that Power Wheels puts on the shelves. If you’ve followed along with the YouTube creator who goes by the name of ND – Woodworking Art, you might know that he does some pretty insane things. The creations that result from the hard work and craftsmanship are incredibly realistic and almost lead one to question reality and if the end product is actually hand-carved out of wood or not even though we just watched it being carved with our own eyes.

This time, the creation in question lives in the world of Power Wheels. However, we would be doing a huge disservice to it if we didn’t mention that this custom miniaturized car is a heck of a lot cooler than anything that one could find on store shelves.

That’s right, instead of going out to Walmart and picking up a Rolls-Royce Boat Tail Power Wheels if it even exists, this particular machine is made entirely by hand. The wooden Rolls-Royce imitates everybody line that one would find on the real thing. As if that wasn’t enough, it even features custom lighting and an interior that would have any Rolls-Royce fan marveling over the detail.

Follow along down in the video below to watch as this one-of-a-kind creation truly comes to life. If this little youngster isn’t having an absolutely awesome childhood with the help of such a machine, we aren’t sure what kind of toys would create an awesome childhood.

« How Many Gallons of Water Will a BMW Engine Make it Through? (For Science!)