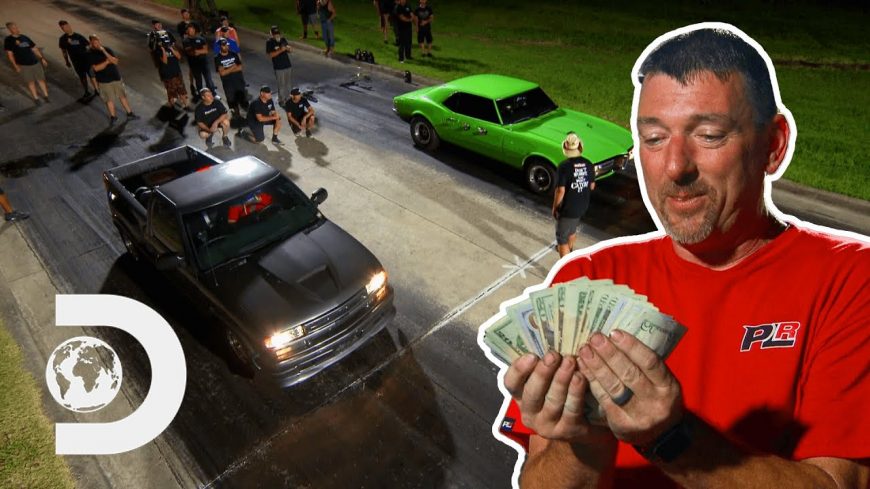 Every once in a while, the Street Outlaws crew puts away their finely tuned racing machines and pulls out some other vehicles to go to battle in. The longer that we get acquainted with these guys through the television show, the more that we feel like they will race just about anything that has wheels and maybe even some things that don’t have wheels.

It seems as if one of the favorite past times of the guys from the 405, though, is breaking out the daily drivers and seeing who has the fastest. At the end of the day, the racing machines that we most frequently see on screen aren’t the only toys that the Street Outlaws competitors have in their garages. Instead, it seems as if most of the folks from the 405 elect to modify just about every ride they own, even the ones that they take the kids to school in or use go to pick up groceries.

This time, we check in with the event that’s known as the “Daily Grind.” This throwback video takes us to the daily driver race featuring a different look at many of our favorite Street Outlaws and even some of the folks who work with the crew but might not have a high-dollar race car to display in the main event.

As it turns out, in addition to being one of the fastest in regular competition in the 405, Daddy Dave also has one of the fastest daily drivers. The twin-turbo Chevrolet S10 actually causes a little bit of controversy sometimes as some of his competitors think that it might be a little bit too wild to be crowned a daily driver. In any case, though, Dave doesn’t seem to mind as he charges forward with the pickup truck, claiming victim after victim.

Down in the video below, we watch as the truck charges its way all the way to the finals where Dave runs into Big Rob, a formidable challenger, indeed.

Will he be able to take him all the money? Find out for yourself in the video below.

« $800 Million Dollar DILBAR, One Of The Richest Interiors At Sea